Day of Freedom Defenders commemorated all around the world 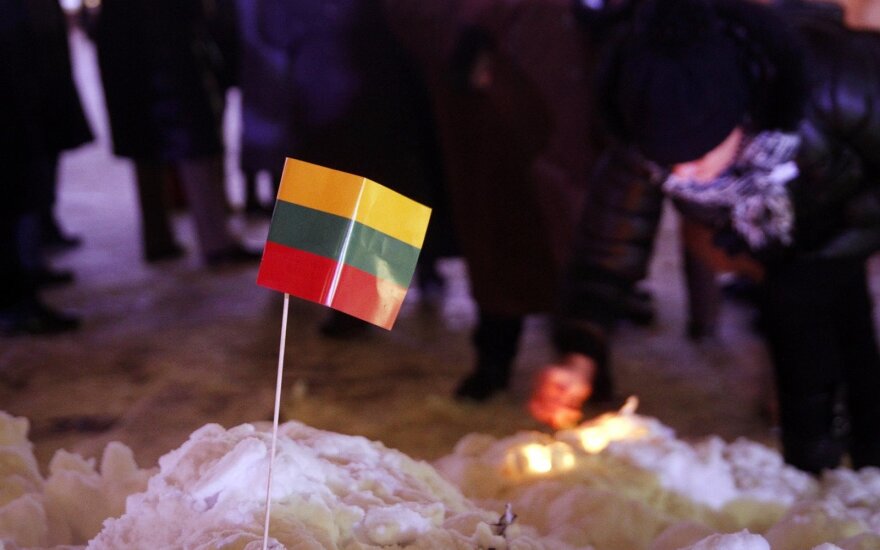 The Lithuanian Embassy in Japan commemorated the Day of Freedom Defenders together with representatives of the Japanese government and local authorities, representatives of social and cultural, non-governmental organizations, journalists, diplomats from the Baltic States and other countries residing in Tokyo. A former city mayor, Joseki Kuji, shared his memories of sending a letter of protest to the Soviet leader Mikhail Gorbachev immediately after the events in January.

In Russia, on the eve of the January 13 anniversary the Lithuanian embassy invited guests to an evening of remembrance, in which support for Lithuania organized by Moscow residents at the time was recounted. The building of the consulate was illuminated by the Lithuanian tricolour, and the Gediminaičiai pillars made from little candles was burning all night in front of the consulate.

The Lithuanian embassy in Prague commemorated the events of January 13 by screening excerpts of a film by Jonas Mekas about Lithuania and the Soviet Union's collapse. The embassy‘s courtyard had Gediminaičiai pillars arranged from candles.

During the commemoration organised in Oslo people attending had an opportunity to enjoy music played by Lithuanian musicians living in the Norwegian capital while the Lithuanian Embassy in the United States organized a social campaign “Let us be together” during which a word Freedom was formed from candles.

The General Consulate in Chicago opened photographer‘s Jonas Kuprys photo exhibition dedicated to the memory of Lithuanian freedom fighters. The exhibition commemorates the Lithuanian diaspora‘s commitment to defend the independence of Lithuania.

Western media reacted to the events of January 1991 in Lithuania cautiously at the time. Almost all...

Presidents of Georgia , Ukraine and Estonia have congratulated Lithuania on January 13 , when...

Linas Muliolis was your average young Lithuanian born in the USA . The son of World War II refugees,...

The day of the Defenders of Freedom was commemorated in Lithuania on Tuesday to honour January 13 ,...