BNS
aA
"Preventive conversations" with intelligence officials would make it easier to prove a person's guilt in court, a presidential advisor said on Tuesday. 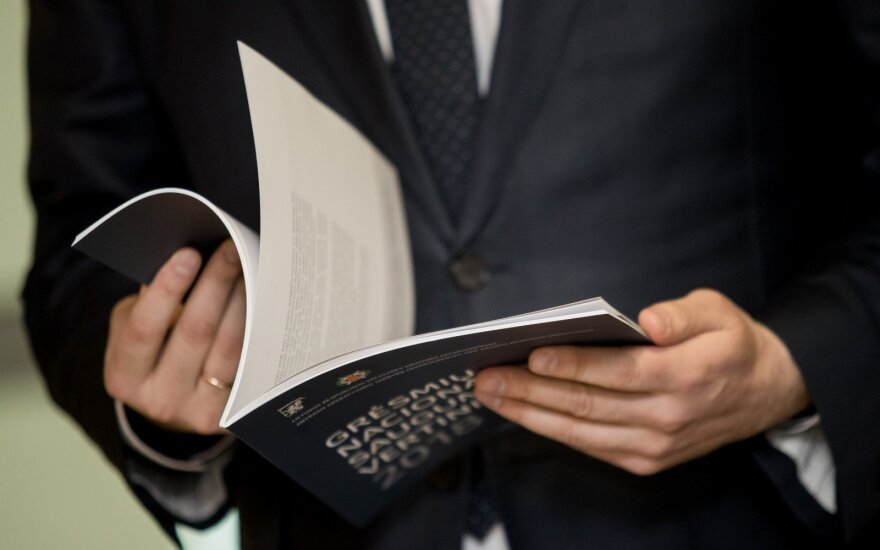 President Gitanas Nauseda has proposed to amend the law to expand the powers of intelligence services, including allowing them to summon people for "preventive conversations".

Ainis Razma, a former State Security Department (VSD) official who is now on the president's national security team, says such conversations are not legally regulated now and may not be accepted as evidence in court, because a prosecuted person may deny having had them.

"This is about a certain legal obligation. If I, as an intelligence officer, meet with you over a cup of coffee and tell you that you are in danger, you'll say 'thank you' and will continue your contacts. You can tell the investigator or the court that you weren't warned, because there's no evidence," the presidential advisor told the Ziniu Radijas station.

"When there is a preventive conversation, the person is informed about the situation he is in and he should sign (a document). A certain obligation arises and the fact (of the conversation) is recorded," he added.

Under the draft amendments tabled by the president, a person could be summoned for a preventive conversation if there are grounds to suspect that he or she "may be related or linked to activities that may increase the risk or pose a threat to Lithuania's national security or the interests of the state".

Razma said such conversations would be used to warn people about hostile intelligence activities. Critics maintain, however, that the wording of the bill is too abstract and might be broadly interpreted.

The amendments to the Law on Intelligence, proposed by Lithuanian President Gitanas Nauseda, would...

Vitas Vasiliauskas , the board chairman of the central Bank of Lithuania , has been named the most...