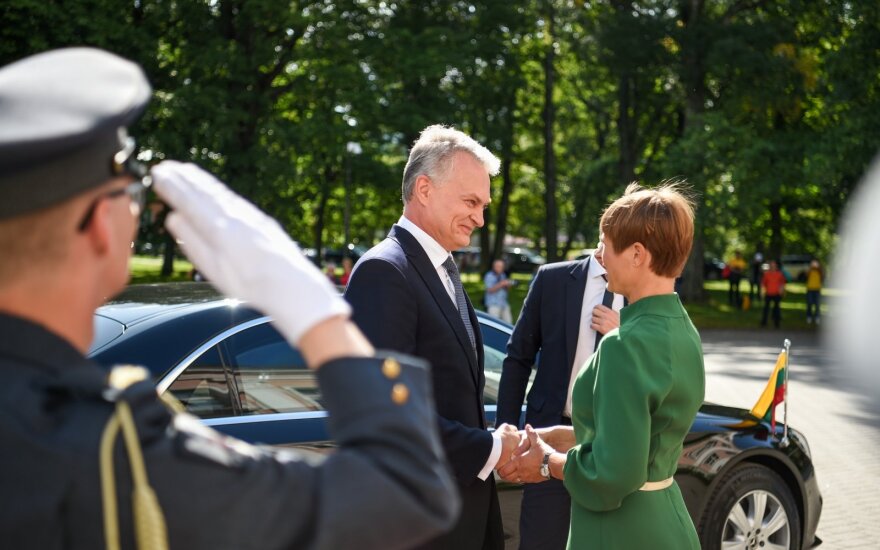 The Lithuanian president says his Estonian counterpart, Kersti Kaljulaid, explained to him during their meeting in Tallinn on Tuesday that decisions on Europe's relations with Russia should be taken not only by the EU's most influential countries but by the Baltic nations, which are also part of the bloc, as well.

"If others can talk, we ourselves can talk, too. That was her logic. I respect the reasoning behind the decision, but that does not necessarily mean that we will do the same," Nauseda told reporters after his visit to Estonia.

In the Lithuanian leader's opinion, "formal or informal" consultative forums between the Baltic states are needed to coordinate positions on issues like this.

Nauseda underlines that he received assurances that, despite Kaljulaid's meeting with Putin in Moscow in April, Estonia's position on Russia remains unchanged.

"Russia, its aggressive behavior in Ukraine, the dependence of sanctions on whether Russia intends to change its behavior towards Ukraine -- this is self-evident for them," he said.

According to the Lithuanian leader, Estonia understands the problems of its Russian minority and seeks to integrate it into society as generations change.

"I do see that one of the president's priorities is to ensure that these people feel comfortable and are not treated as different people in Estonian society," he told reporters.

Volker: US backs talks on eastern Ukraine conflict, would join if needed

The United States supports the current format of negotiations on the situation in Eastern Ukraine ,...