Coalition agreement: what's been agreed on and where disputes are likely

BNS
aA
Three right-wing parties, the winners of Lithuania's recent parliament election, are set to sign a coalition agreement on Monday. BNS provides a review of its key points. 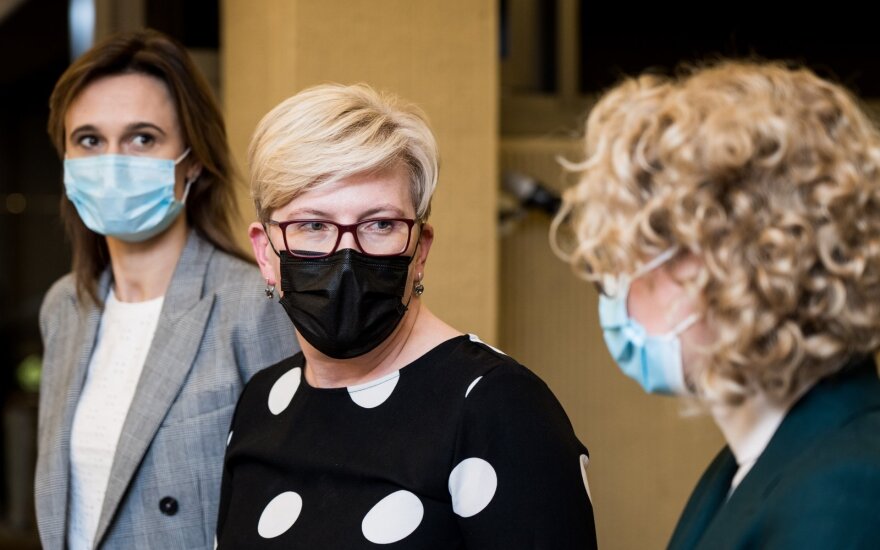 1. Economic and social policy. The coalition partners admit that they have not agreed yet on the size of funding for the public sector and potential tax changes. The liberals have failed to have provision on the reduction of the existing tax rate to have included in the agreement, but the parties vow that payroll taxes won’t grow and "a possibility will be considered" to renounce the taxation of reinvested profits. The agreement underlines the traditional right-wing policy to increase the public sector's efficiency, reduce business regulation and promote investment. The parties vow to reduce social exclusion by improving access to social services. Pensions, child benefit and other social payouts are not mentioned in the agreement.

2. Education reform. The coalition identifies the reduction of exclusion in the education area as one of its key priorities. The parties pledge to ensure "equal opportunities to receive the best education" for all children "irrespective of their place of residence or social status", and also to increase teachers' salaries to at least 130 percent of the average pay, but no details on the measures are provided, and nothing is said about a review of the school network or the class basket model. Research shows that children's educational results in Lithuania are worse in rural areas where schools are smaller and classed are merged.

3. Human rights. At the initiative of the coalition's junior partners, it has been agreed to seek the legalization of same-sex partnerships and the spelling of non-Lithuanian names on passports, but the conservative HU-LCD reserve the right to vote independently by including a clause about "a difference of opinion existing in the political groups". The coalition agreement does not directly identify same-sex partnerships as family. The chances for the adoption of these laws are increased by the fact that they might be backed not only by the future ruling block – around half of the HU-LCD, the Liberal Movement and the Freedom Party – but also the Social Democrats and some other opposition representatives.

4. Foreign and defense policy. Foreign policy has not been very important negotiation topic up to this date. The agreement underlines "the continuity of foreign policy transatlantic relations" and the parties vow to adhere to the party agreement to increase defense spending. The document also mentions support for Taiwan residents "fighting for freedom", which is likely to anger China. It also includes a pledge to "openly speak out against any violations of human rights and democratic freedoms", which is likely to lead to amore critical view on certain actions of the Polish government, but national security interests and the president's position will likely to promote good bilateral ties with Warsaw.

The conservative Homeland Union–Lithuanian Christian Democrats , the Liberal Movement and the...

Lithuania's center-right parties, which signed a coalition agreement earlier this week, have agreed...