BNS
aA
Moscow has called on Lithuania to review a new draft methodology for electricity trade between the three Baltic countries and Russia that will lead to a sharp decrease in trade volumes after Belarus launches its Astravyets nuclear power plant, sources told BNS. 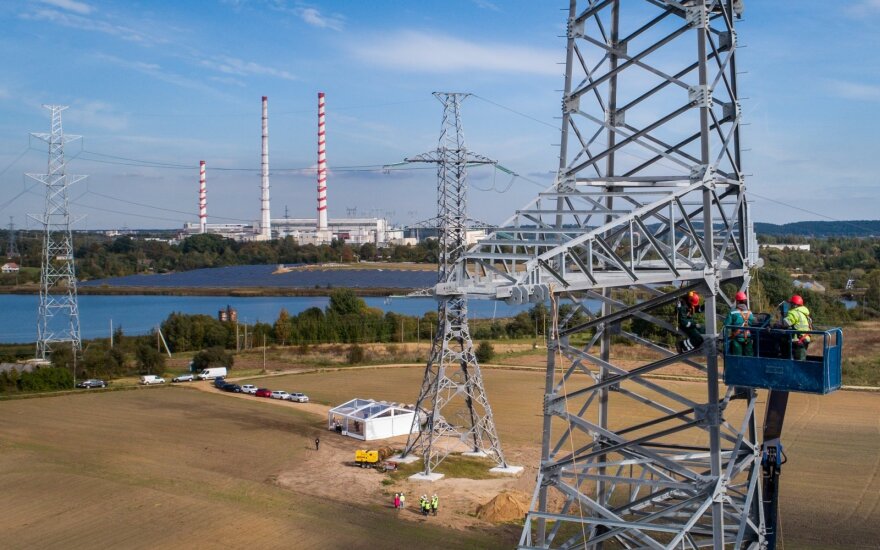 Russian Energy Minister Alexander Novak has sent a note to his Lithuanian counterpart, Zygimantas Vaiciunas, calling for not applying an additional coefficient to electricity trade through the Latvia-Russia connection. It is this coefficient that Moscow considers to be the main negative element of the methodology.

Moscow also calls for the Estonia-Russia link, which would remain closed under the new methodology, to be opened to trade.

"We estimate that the application of the methodology is discriminatory, worsening the current conditions of trade with the Russian Federation, the sole partner, and will inevitably lead to a reduction in the supply of electricity by about 1 billion kilowatt-hours per year," the Russian minister said in the letter, a copy of which was seen by BNS.

Novak also assures Vaiciunas that Russia's exporter Inter RAO will be able to provide, in a timely manner, guarantees (certificates) of origin proving that electricity entering the Baltic countries was produced in Russia.

If Lithuania closes its 1,300-megawatt power interconnection with Belarus, the supply of Russian electricity through the Latvia-Russia link will decrease to 900 MW. if the additional 0.62 coefficient is applied, the volume will decline to about 600 MW, according to the Russian minister.

Aurelija Vernickaite, a spokeswoman for the Lithuanian energy minister, confirmed to BNS that the Russian note had been received, but did not comment on its content.

Lithuania's power transmission system operator Litgrid says that up to 4.2 billion kilowatt-hours (kWh) of electricity could be imported from mainland Russia to the Baltic countries, based on the methodology. If the 0.62 coefficient is not applied, the maximum volume could reach 6.6 billion kWh.

Vaiciunas has said that if the Baltic countries produced more electricity domestically or if "certain interconnection control things" were used, the volume of trade with Russia could decrease to as low as 1.5 billion kWh.

The new methodology has already been approved by the Baltic electricity transmission system operators, but has yet to be endorsed by the national regulators.

Inga Ziliene, the chairwoman of the National Energy Regulatory Council (VERT), told BNS on Tuesday that the methodology in its current form would not allow Lithuania to implement its "anti-Astravyets law" and that it had to be improved.

The conservative Homeland Union–Lithuanian Christian Democrats (HU-LCD), the winner pf the recently parliamentary election, criticized the methodology on Tuesday, saying it might legitimize "activities prohibited under the anti-Astravyets law".

The outgoing government says risks will be reduced by lower capacity and the planned guarantee of origin system.

The conservatives maintain, however, that these safeguards will be insufficient to bar market access for electricity from the Astravyets plant.

Nausėda calls for EU discussion on help to post-Lukashenko Belarus

Lithuanian President Gitanas Nauseda is calling on the European Union to impose sanctions against...

The Baltic states' joint boycott of electricity from the Astravyets nuclear power plant will cost...

Moscow 's call on Lithuania to review a new draft methodology for electricity trade between the...

Lithuania has halted electricity trade with Belarus after the neighboring country connected the...