BNS
aA
Lithuanians have a positive view of the European Union's existing anti-pandemic measures, but 65 percent of the country's residents would like the EU to have more powers to tackle the pandemic, and 44 percent would want more funds, a new survey commissioned by the European Parliament shows. 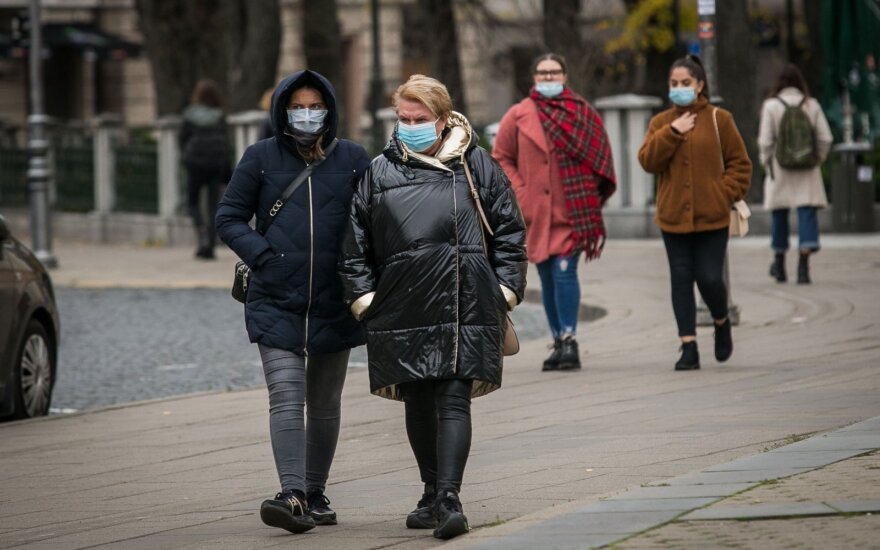 As the European Parliament Liaison Office in Lithuania reports, it is important for Lithuanian residents that the EU should only provide funds to member states conditional upon their government’s implementation of the rule of law and of democratic principles. 70 percent of respondents in Lithuania believe so, compared to 77 percent in the whole of the EU.

Some 50 percent of Europeans and Lithuania say they, first of all, feel "uncertainty" because of the pandemic.

As many as 62 percent of Lithuanian resident have a positive opinion about the measures the EU is taking to fight the pandemic, compared to 46 percent in the EU.

The Lithuanian public is also divided regarding human freedoms restrictions during the pandemic as 47 percent are against and the same percentage of people are inclined to justify them.

In terms of that, Lithuania is close to Central European countries that are much more critical then the average European.

Across the EU, 59 percent of residents are inclined to justify restrictions, and 37 percent are critical of them.

The most attention-grabbing scare stories about the pandemic often revolve around individual cases —...

Judging by its largest banks , you’d hardly know Europe was in the grip of a worsening pandemic .

Lithuanians optimistic about national economy and EU response to COVID-19

Lithuania is one of the few EU member countries where people's optimism about the national economy...

As is Lithuania is set to introduce restrictions for people's inter-municipal movement, the...