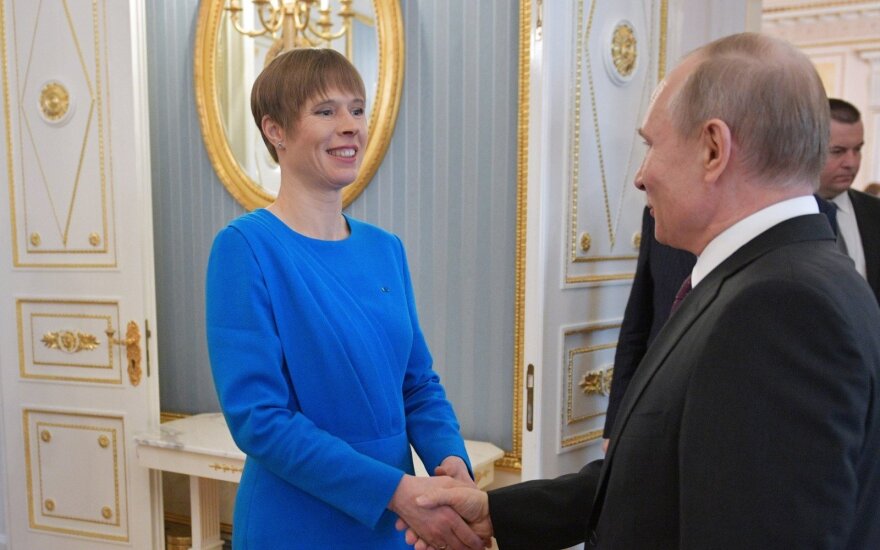 "It’s always more effective when we usually coordinate things and act in a more united way (…) as there will always be attempts to divide us and test the unity of European countries or the Baltic countries," Linkevicius told BNS Lithuania on Friday.

In his words, Tallinn did not provide any information about issues they plan to discuss before Kaljulaid's visit to Moscow. Nevertheless, the Lithuanian minister hopes Estonia will provide more information about the meeting.

Linkevicius said he's not willing to evaluate visits by officials from other countries but added that "it's important for Russia to show there's no isolation, and perhaps to create that impression of usual cooperation, which such visits contribute to."

"Dialogue should not become some sort of smoke cover not to change anything but to create an impression of usual cooperation," the head of Lithuania's diplomacy said. "Everything has meaning in that case if there are some tangible results which we really hope for and await."

The minister added that after meetings of Western countries' representatives with Russian officials "neither actions nor rhetoric change."

The Estonian president said after her meeting with the Russian leader that they "talked for long about complicated topics while demonstrating mutual respect even during the most difficult moments."

Kaljulaid also opened the refurbished building of the Estonian Embassy in Moscow and expressed hope that it would fuel new life into Estonian-Russian relations and that her presence there was a sign that Estonia was ready to work with its neighbor.

Linkevicius refrained to comment on such a statement, saying he wanted to wait for more information.

Meanwhile, Putin stated on Thursday a lack of official relations between neighboring countries was not normal.

Major Western countries keep ties with Russia on the presidential or prime ministerial level. And Eastern European countries, more critical towards Moscow, usually cooperate on the ministerial or vice ministerial level. Lithuania is the only EU member, having no ties. Its officials say the return to normal relations would encourage Moscow to continue its aggressive policy.

"One of Russia's goals is to create (…) the so-called state of "new normal" when everything that has happened is a fact already (…) and let's move one and cooperate," Linkevicius said. "The legitimization of that "new normal" situation by making illegal actions in international law is one of the goals. Of course, dialogue and the impression of cooperation consolidate that position that everything is happening the way it should be and things are going the same way."

"We need to have cautious about that," the minister said.

Russia is currently subject to EU sanctions over the annexation of Crimea and its involvement in the conflict in eastern Ukraine.

Lithuanian Prime Minister Saulius Skvernelis said on Wednesday that he sees no reason for dismissing...

Lithuania plans to continue to boycott May 9 events in Russia , which celebrates the Soviet...

Foreign Minister: due to Russia's violations of international law a crisis point in reached 157

On 16-17 May, the Minister of Foreign Affairs of Lithuania Linas Linkevičius attended a session...