BNS
aA
Lithuania is planning to sign a contract with the United States this week on the acquisition of four Black Hawk military helicopters, the Defense Ministry said on Tuesday. 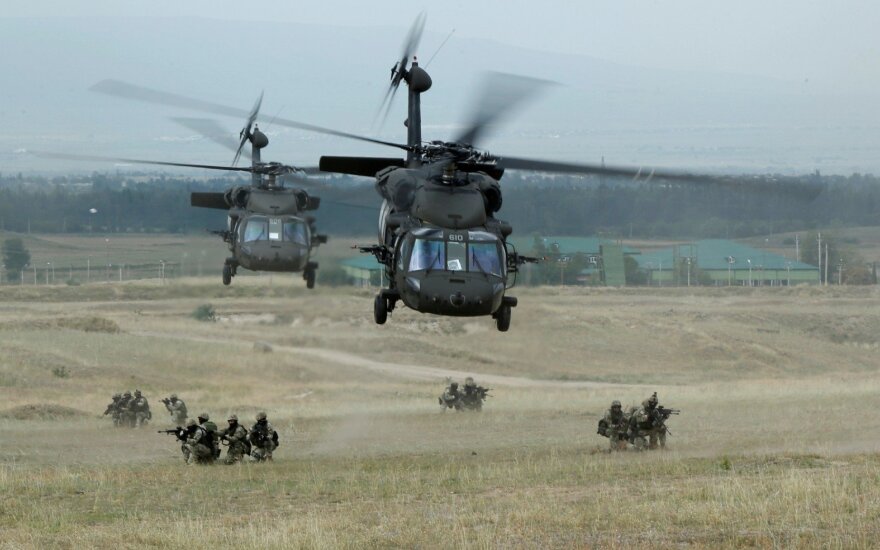 Lithuania unveiled plans to purchase Black Hawks a year ago. The country initially planned to buy six helicopters, but opted for four in the course of the negotiations. It will be able to acquire two more helicopters in the future.

"This week, Lithuania plans to sign a contract on the acquisition of a new helicopter platform from the United States government," the ministry said in a press release.

"Under the contract, the Lithuanian Armed Forces will purchase four UH-60M Black Hawk helicopters with additional equipment, spare parts, and a training, repair and logistics package," it said.

Related articles
How far should the U.S. go to counter China?
Belarus handed in note over alleged airspace violation during Freedom Way

The Defense Ministry gave no details as to where and when exactly the contract will be signed. The talks on the Black Hawks took place at a high political level.

The ministry's press release came after US President Donald Trump announced on Monday that he had fired Defense Secretary Mark Esper.

How far should the U.S. go to counter China?

From Pacific bases to the Himalayas, Washington and Beijing are facing off.

The United States ' 24-million-euro investment in the Lithuanian Air Force Base in Siauliai has...