EP sources: all but one groups back Lithuania's commissioner-designate

BNS
aA
Coordinators from all of the European Parliament's political groups, except the eurosceptic Identity and Democracy Group, support Lithuania's commissioner-designate, Virginijus Sinkevicius, sources in the EP have said. 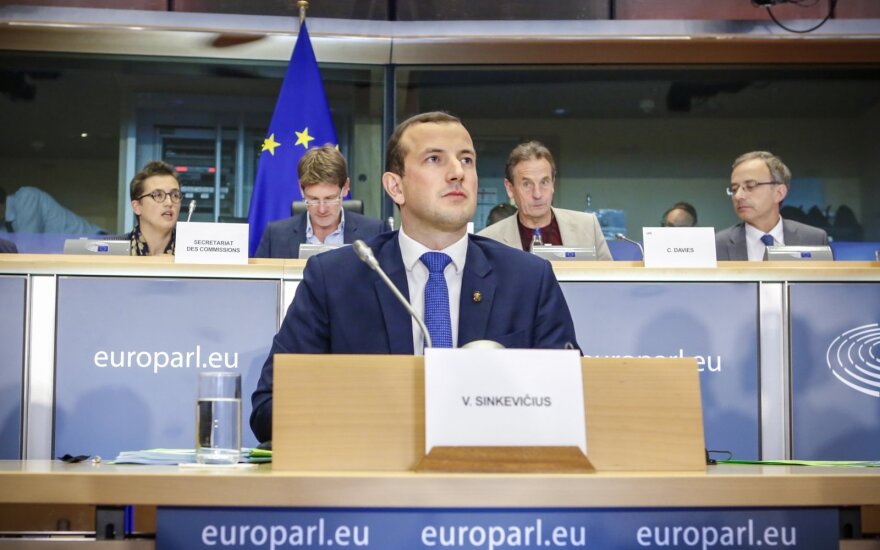 Coordinators of the Environment, Public Health and Food Safety Committee, and the Fisheries Committee held a meeting on Thursday evening to evaluate Sinkevicius' performance.

Within 24 hours after completing the evaluation, they are to send a confidential letter of recommendation to the Conference of Committee Chairs, stating whether the candidate is suitable for the job.

"There is no approved official result yet, let's wait for it, but I'm glad that many parliamentarians came up to congratulate me after (the hearing); it was very nice," he told reporters in Brussels.

MEPs asked several tens of questions falling within the sphere of Sinkevicius' proposed environment and oceans portfolio during the hearing which lasted about two and a half hours.

Most of the MEPs who publicly expressed their opinion, particularly those from the European People's Party, the biggest group in the EP, said that he had performed well.

The final evaluation is to be made on October 17. The EP is scheduled to vote on the full Commission in a plenary session in Strasbourg on September 23.

If approved, Sinkevicius, 28, will become the youngest ever European commissioner.

The BNS journalist's trip was partially paid for by the EP.

European greens: Sinkevicius not our candidate but has good ideas

Lithuanian's European commissioner -designate Virginijus Sinkevicius is not their candidate but he...