To Whom It May Concern… before it is too late! #RefugeesLT

(3)
aA
This is the first text from our #RefugeesLT initiative.
On my third month in Lithuania as a refugee, and as I am passing through different situations here varying between the good and bad, I can confidently say now that Lithuanians have all the good seeds inside them to blossom and prove they are not less in generosity and willingness to extend a hand to help than any other nation who has received refugees along the history so far. I could see this with all my Lithuanian friends around me and even those who I met by chance in the streets as I needed to ask about anything and they happened to know that I am a refugee. 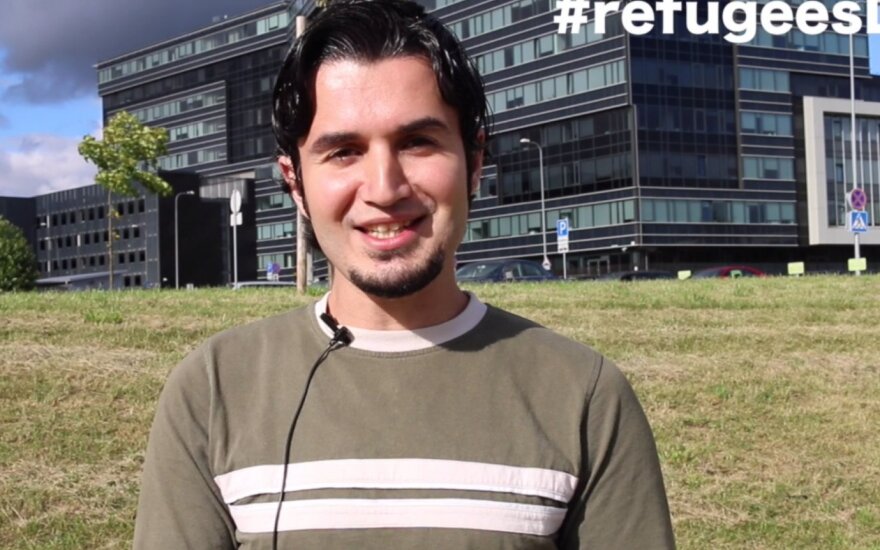 Here, it is unfortunately nearly the complete opposite to the elderly people in Lithuania who seem to be still afraid of having refugees in their country, and therefore they express their refusal in that regard publicly, to an extent that they even refused to rent out their apartments to the refugees. This I fell in many times with them through my apartment hunt in Vilnius as I was looking for one to rent and live there not so far ago, where most of them refused because I am a stranger, and further because I am a refugee!

A real drama I lived till I could find an apartment to rent, where I was approved by some landlord, and on the same time I happened to accept their apartment, since I also refused some ones myself for sure.

Dominque, who is studying at the university and is barely 21 years old, surprised me in his wisdom as I met him by chance on some bus. Noticing that I was speaking in English while I was asking him for some destination, he initiated to ask where I am from, then he directly couldn’t hide his generosity and kindness as he knew I am a refugee in his country, even in the simplest thing he felt he could show as he offered me some candies he had in his hands!

Dominque was totally frank to express his disappointment at what he could see at the moment of refusal to receiving refugees in Lithuania, referring to those who hold such opinions in his country. He said: “some Lithuanians seem to have forgotten that Lithuania also witnessed war in the past, and it was on the front line taking damage and losing souls all that time, where they also were refugees in other countries in that time, so I am completely shocked and sorry at such reactions, as they can’t see now that there are people in some spot of the earth who are passing through the same situation they had if not even worse, and those people need a safe place to live in today till the war on their land is over”!

I wouldn’t say that this was new to me to listen from a Lithuanian as I said before, but that perspective specifically, as it was coming out from a very young guy, totally surprised me, and pleased me to hear for sure, but the problem for refugees in Lithuania is not only restricted to such issues, It is also more of a living problem than merely being acceptance or rejection to them in the society!

The problem for refugees starts for them in being placed in a reception centre in Rukla The centre is far away from the prominent cities where real contact with the Lithuanians is likely to occur so they can touch the good inside them as I said above. It is also a barrier for the Lithuanians themselves to allow them to identify those who fled the war and know that not only are they human being like them, but they are also nice and educated people and would love to make good relationships with the citizens. At this specific point we have many successful experiments in that context like the German, Swedish, and other experiments in some other European countries where there are good examples on beautiful integration processes between the refugees and the citizens of those countries!

Furthermore on their problem, I would speak in the tongue of theirs and deliver their voice now to refer to the actual serious problem for them. It is the financial support they get in Lithuania, as it is not even enough to cover the simple livelihoods. Let alone that they are not covered for rental costs here as the case is for other refugees in the other European countries that were referred to above.
The current financial support an individual refugee gets in Lithuania- which is only for one year and decreases to half after the first six months - would never be enough to rent an apartment and cover the monthly bills for utilities. That said, we haven’t come to mention the food and transportation fees and other daily life costs, while it does in other countries in Europe and lasts for three years and never decreases!

Refugees everywhere get financially helped for a specific purpose and not for indulging them for sure, it is that they do need to get helped till they at least learn the language and start to know their way in the new country they have been resettled in. Hence, after that they will be able to stand on their feet and find jobs and contribute to that specific country like its citizens themselves.

So with the facts I said above, there is no wonder why those refugees can now feel deeply frustrated and think they will not be able to survive here!

After my last visit to Rukla the last week, the refugees live at the reception centre there told me that they had sent letters and emails to the government and the officials in charge of their case. They addressed the issues and problems they are facing in Lithuania, one of which is the very low financial support they get as I pointed out to above, and they are now all hope that the Lithuanian government will kindly respond to them positively.

One more time, we the refugees in Lithuania, still believe that the Lithuanian government entirely wish to make the Lithuanian experience of receiving refugees one of the successful stories in Europe, and never less than those we have been seen in the rest of Europe.

The overall process is still at its early stages and it is still possible to process it and find solutions, learning from the other experiments, so… are there any ears willing to listen to our voices that are already cracked in the war we survived?

I would conclude this word saying: “To Whom It May Concern… before it is too late and tragedies start floating”!

Another 16 Syrian refugees arrive in Lithuania (1)

Another 16 Syrian refugees have arrived in Lithuania under the EU's resettlement program , the...