BNS
aA
Lithuanian families who hid Jews during the Nazi occupation were honored as Righteous Among the Nations in Lithuania's second-largest city of Kaunas on Thursday at a conference dedicated to Chiune Sugihara, a Japanese diplomat who saved thousands of Jews from the Holocaust during World War Two. 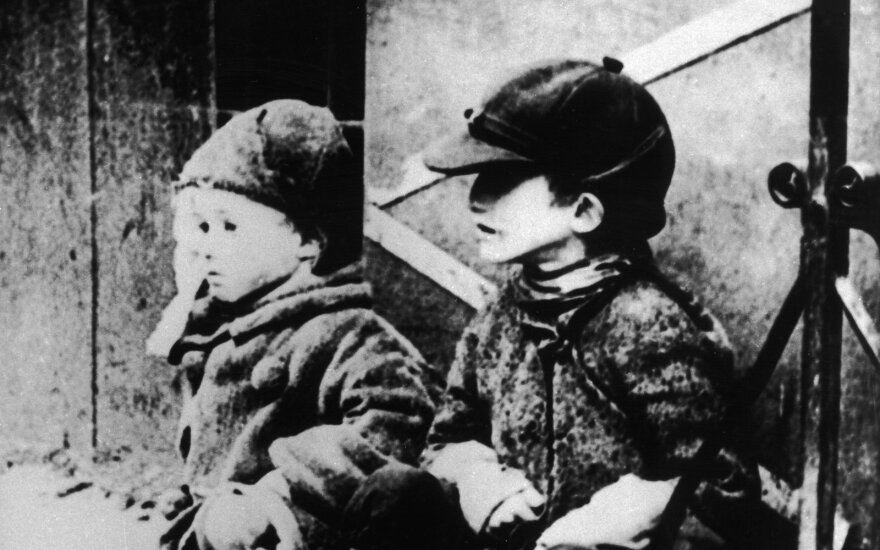 The awards were bestowed on four families and eight individuals and were presented to their grandchildren.

Speaking at the event, Israeli Ambassador to Lithuania Yossef Levy said those people were "sparking lights" in the darkness when the Nazis were killing Jews, helped by Lithuanians, who were often neighbors of their victims.

"But in this darkness, there were a few sparking lights: tokens of rare humanity. Good souls who risked their lives and the lives of their families in order to rescue a Jew – sometimes an unknown girl or a hungry boy – from cruel death. They listened to their internal voice," the ambassador said.

He also paid attention to the fact that 917 Lithuanians have already been recognized as Righteous Among the Nations.

The relatives who received the awards said they are very proud of what their grandparents did and thanked for their appreciation.

Sugihara served as Japan's consul in Kaunas, Lithuania's provisional capital of that time, between 1939 and 1940. After the Nazis and the Soviets divided Poland at the start of the war, thousands of Jews fled the country and came to Lithuania for asylum. However, the relative calm ended in 1940 when the Red Army occupied Lithuania, forcing the Jews to search for ways to escape the war.

He was assisted by Dutch Honorary Consul in Lithuania Jan Zwartendijk who issued visas to the Dutch island of Curacao, which served as a basis for Sugihara to issue transit visas.

This way they saved the lives of thousands of Jews.

Attending the event, Dutch Foreign Minister Stefan Blok said his own family also suffered from the Nazis as his grandfather's brother dies at a concentration camp after he was caught trying to help Jews flee Nazi Germany.

His grandfather also dies at a concentration camp and his father spent his childhood there.

"My father, as a small boy, spent three years in a concentration camp and, of course, he told his children about his experience," Blok told journalists after the event.

In his words, this family story motivates him to try and ensure that the ideals of freedom and democracy flourish.

Lithuanian Foreign Minister Linas Linkevicius said the Sugihara and Zwartendijk's deed is an example for all diplomats.

"Knowing the language and representing the country is not enough for a diplomat. You have to always remember that, first of all, they are people and if they have an opportunity, they must help and save lives, irrespective of what the nationality of those people are. And Sugihara did so by even risking his career, and these were his convictions," the head of Lithuania's diplomacy said.

After the war, Sugihara was forced to resign from the diplomatic service and worked with various trade companies. He died in Japan in 1986.

Linkevicius: the Holocaust is scar on humanity's face (1)