(4)
BNS
aA
Lithuania had its historical mission of breaking the Soviet "doctrine of deceit and violence", Vytautas Landsbergis, Lithuania's first post-independence leader, said on the 30th anniversary of the Soviet crackdown on unarmed civilians in Vilnius on January 13, 1991. 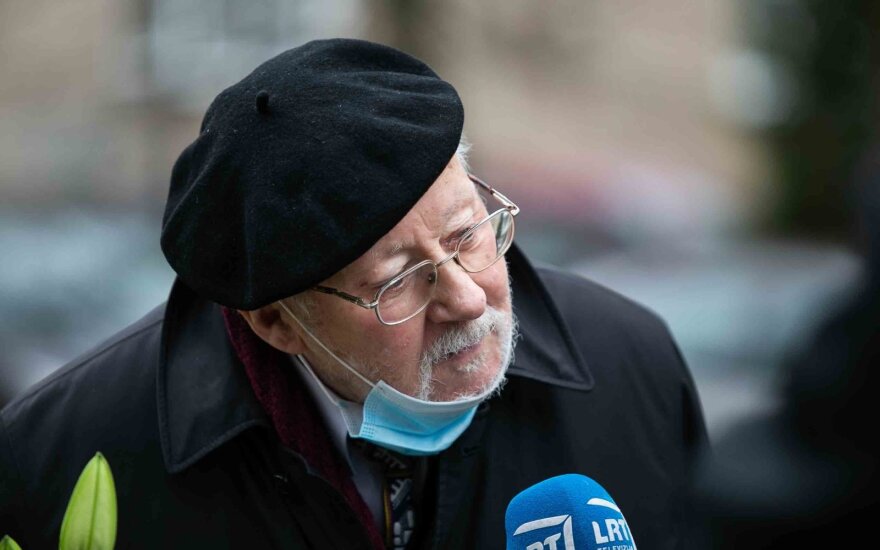 "Lithuania had its own historical mission to accomplish – to break this doctrine of deceit and violence. The red empire of lies started crumbling in Lithuania," he said in his pre-recorded speech at the parliament's sitting dedicated to the occasion.

"Lithuania was the first among the Soviet colonies where the liberation movement Sajudis won the parliamentary elections and the people’s authorized representatives unanimously declared a re-established independent state. This gave rise to a new democratic society that was developed in ways different from the dictatorial order imposed by the Soviet invaders with self-proclaimed and self-appointed superiors."

As Lithuania was no longer willing to listen to the instructions coming from the towers of the Kremlin, "the empire was frustrated; it tried to break us through intimidation and punishment, but failed," Landsbergis said.

"The day came, however, when the Soviet Union sent its troops against the independent Lithuania. This happened in January 1991, culminating on the night of 13 January, when unarmed Lithuanian citizens defending their freedom confronted the alien army, its tanks, bullets and explosives. Unarmed defenders of freedom and their leaders survived, while the attackers choked on their own bile."

The Soviet Union used military force three decades ago in its attempt to remove the legitimate government of Lithuania which declared independence on March 11, 1990.

Fourteen civilians were killed and hundreds were injured when the Soviet troops stormed the TV Tower and the Radio and Television Committee building in Vilnius in the early hours of January 13, 1991.

The Soviets stopped short of attacking the parliament building which was protected by thousands of unarmed independence supporters.

Lithuania has designated January 13 the Day of Freedom Defenders to honor the victims of the Soviet aggression.