BNS
aA
Systemic corruption is the most dangerous and its initiators pose the biggest threat as experience shows they are often former officers, Zydrunas Bartkus the director of Lithuania's Special Investigation Service (SIS) says. 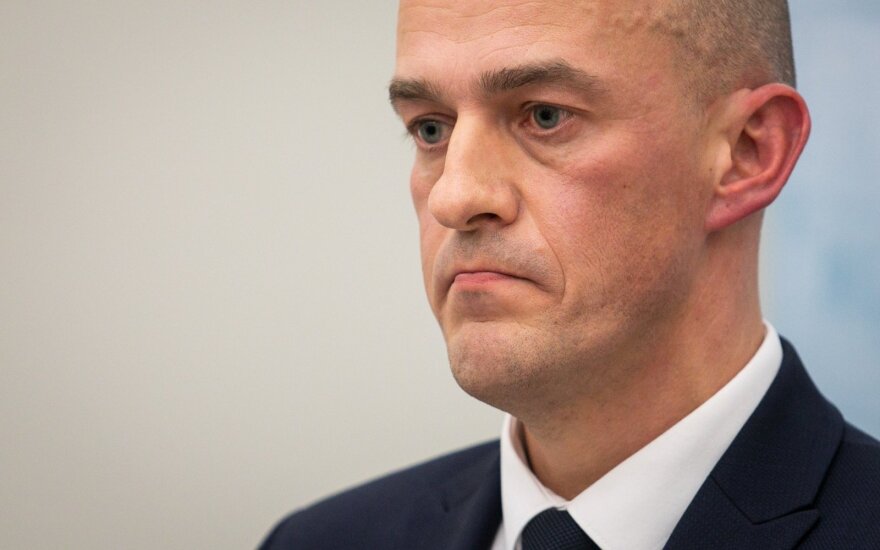 He told the parliamentary Committee on National Security and Defense on Wednesday that the suspected judges currently worked in the country's courts.

"We informed committee members about individual crimes that are less dangerous and organized. A corruption initiative is the most dangerous when it builds and creates corruption schemes, let's say, similar to corruption within the judicial system, disclosed last year, and also the recently disclosed corruption scheme related to the investigation of financial cases, and also interconnecting people – those who are capable of finding access to officers, prosecutors, judges. We are speaking about these risks," Bartkus told the reporters after the committee sitting.

He briefed committee members about potential manifestations of corruption and risks within law enforcement institutions and the judicial system.

The SIS chief said that his institution focused on the disclosure of systemic crimes, adding that former officers-turned-lawyers posed the biggest risk.

"We see and speak about those people who initiate corruption. In both of the disclosed cases of systemic corruption, we see lawyers who were previously a judge in one case and an officer investigating financial cases in another, and they created a scheme and got former colleagues and other officers involved in illegal activities. That's the risk," Bartkus said.

Vytautas Bakas, former chairman of the committee, described the materials provided by SIS as impressive.

“We have an independent judiciary and judges who are related to corruption in one or another way and continue to work in courts and hear cases,” he said.

The Special Investigation Service later specified that suspicions of having committed various criminal offences had now been brought against 12 judges who no longer worked in courts – some had been fired, some resigned and some – suspended.

Four judges – the ones remaining in office – had been granted the status of a special witness, the service said adding that the same status had also been granted to two former judges.

Early in 2019, Lithuania's law enforcement authorities said they were carrying out a pre-trial investigation into large-scale corruption, influence peddling and abuse of office in the judicial system, involving judges, lawyers and other persons.

As part of this probe, suspicions have already been brought against more than 50 persons and the number of criminal offences being investigated has exceeded 110.

In May, prosecutors reported the detention of 11 people, including prosecutors, an officer of the country's Financial Crime Investigation Service (FCIS) and a lawyer, as part of a pre-trial investigation into various corruption crimes.

The investigation was launched in response to information that that the aforementioned prosecutors and the FCIS officer, acting independently, met with the mentioned lawyer informally and discussed the progress of pre-trial investigations at their disposal, non-public information and possibilities to make procedural decisions the private persons the lawyer unofficially represented were interested in.