BNS
aA
Officers from Lithuania's Special Investigation Service's Vilnius division on Sunday detained Rimantas Sidlauskas, a former diplomat and now director general of the Association of Lithuanian Chambers of Commerce, Industry and Crafts (ALCCIC), and another two persons as part of a pre-trial investigation in to suspected influence peddling. 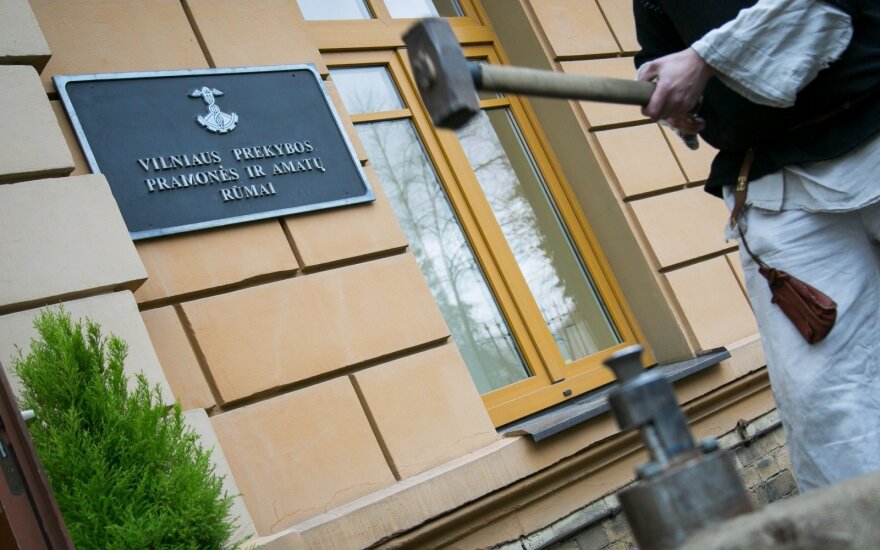 According to the SIS, evidence collected during the pre-trial investigation provide reasonable basis to suspect that Sidlauskas and an employee of a foreign company's Lithuanian branch agreed to receive a bribe from a Russian citizen, the owner of a majority stake in one of the Russian banks.

Based on information available to BNS Lithuania, the detained Russian citizen is Rinat Nasirov who is the owner of the Novy Promyshleny Bank together with his wife.

Sidlauskas is suspected to have promised to use his previous long-standing diplomatic service to influence people for the Russian citizen to be issued a Schengen state's visa.

Lithuanian Ambassador to Russia Remigijus Motuzas told BNS Lithuania on Monday he had no information on the law enforcement investigation, saying that there are no ways to influence diplomats when issuing Schengen visas.

"There can be now influence as the requirements on Schengen visas are based on both our legislation and also the European Commission's legislation. Every citizen who applies must meet requirements for getting a Schengen visa. Of course, our embassy issues national, Schengen visas, and there are 17 visa centers in Russia but our embassy' consuls, who are independent when making decisions, based on their consular status, always make the final decision," he said.

Motuzas said he talked to Sidlauskas long time ago as a representative of the industrialists' association on business affairs.

Since Lithuania regained independence, Sidlauskas worked for the Ministry of Foreign Affairs, holding various positions, and was a long-standing head of the ministry's Consular Department.

The Lithuanian Social Democratic Party (LSDP) has appealed to the Special Investigation Service...

The Special Investigation Service (STT) has initiated a pre-trial investigation on suspect...

In order to resolve the country’s problems with teachers’ wage payments and to find resources for...

Lithuanian prosecutors will on Tuesday ask a court to sanction the arrest of Rimantas Sidlauskas , a...

Marius Pulkauninkas , chief forest officer of the State Forestry Enterprise of Lithuania, is...