DELFI EN
aA
At the meeting with Moon Hee-sang, Speaker of the National Assembly of South Korea, and the delegation under his leadership, who are paying a visit to Lithuania, Prof. Viktoras Pranckietis, Speaker of the Seimas, said that South Korea was a potential trading partner of Lithuania and noted the objective of even greater cooperation with this country, informs Seimas. 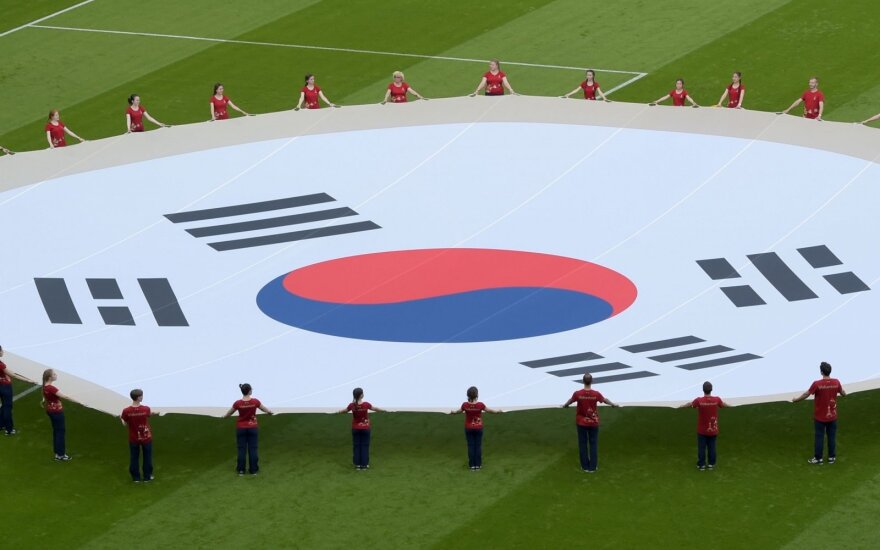 Moreover, as the Seaker of the Seimas emphasised the importance of diplomatic relations, he invited the South Korean delegation to consider the possibility of opening an embassy in Vilnius. Lithuania intends to open its embassy in Seoul in the near future.

Viktoras Pranckietis noted that Lithuania highly valued strategic relations between the European Union and South Korea and their cooperation in the area of non-proliferation of weapons of mass destruction, human rights, fight against terrorism, climate change, energy security and development aid.

The Speaker of the National Assembly of the Republic of Korea has paid a visit to Lithuania following his visit to Russia, Estonia, and Latvia.

After the press release of Seimas news agency BNS published that the Foreign Ministry denied on Monday a statement by Viktoras Pranckietis, the speaker of the Seimas, that Lithuania has plans to open its embassy in Seoul "in the near future".

Rasa Jakilaitiene, spokeswoman for the foreign minister, told BNS that the ministry is currently "evaluating possibilities" for opening Lithuania's embassy in South Korea.

In the last 2 years, number of MPs declaring their meetings with interest groups or lobbyists doubles

In the last 2 years, the number of Lithuanian MPs who declare with which interest groups or lobbyists...

Lithuania could open embassy in South Africa in November

Lithuanian embassy in Pretoria, the South African Republic, could be opened in November. The related...

An external service provider will accept visa applications in 53 countries where there are no...

Lithuanian to open embassy in Australia (1)

The Lithuanian government decided on Wednesday to establish the country's embassy in Australia .