(1)
BNS
aA
A pre-trial investigation against Algirdas Paleckis, a Lithuanian politician suspected of spying for Russia, has been completed, Lithuania's Prosecutor General's Office said on Tuesday. 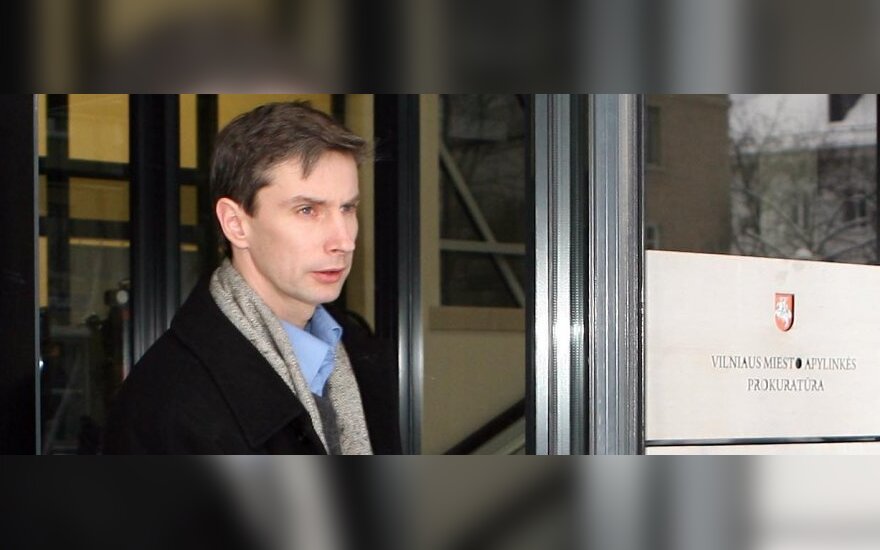 Suspicions of spying for a foreign state, acting in an organized group, have been brought against Paleckis and businessman Deimantas Bertauskas, it said. The delfi.lt earlier reported on suspicions against Bertauskas.

The Prosecutor General's Office says that based on the evidence collected during the pre-trial investigation, it can be reasonably concluded that the criminal act was allegedly committed between February, 2017 and October, 2018.

Moreover, the defendants had to find people working for Lithuanian institutions who would agree to provide false information to Lithuanian law enforcement institutions about the health state of Yuri Mel, convicted in the January 13 case, in exchange for unlawful monetary remuneration, in an attempt to replace his detention with a softer measure of suppression or improve detention conditions.

The criminal case has been handed to the Lithuanian Court of Appeal for it to decide which court should hear the case.

Speaking with BNS earlier in the day, Adomas Liutvinskas, the lawyer representing Paleckis, confirmed the fact that the pre-trial investigation was completed last week.

"The investigation was completed last week, in late February. (…) The pre trial investigation is completed, and now, as far as I know, the indictment is being produced," the lawyer told BNS on Tuesday.

In his words, prosecutors should soon turn to the Lithuanian Court of Appeal for it to decide which court should hear Paleckis' case as Vilnius Regional Court has disqualified itself.

"When the indictment is ready, so, I believe, the prosecution service should turn to the Court of Appeal for it to decide which court to hand the case to since Vilnius Regional Court has disqualified itself," the lawyer said.

Liutvinskas also said Paleckis' detention term is set to expire on March 26, therefore, a decision should be made soon on the measure of suppression.

"We cannot visit him due to the coronavirus but he calls and we spoke yesterday," he told BNS, adding that his son expects public hearings.

"He's doing fairly fine, taking into account 500 days spent in a solitary cell and having lost so much weight that it's hard for him. Of course, he expects the trial will not take place behind closed doors and many things will come out," the former MEP said.

"And if it takes behind closed doors, then it will be much easier for those who started all this to hide what they wanted to hide," he added.

Paleckis has been in custody since October, 2018, with his detention regularly extended. He denies his guilt.

In December, a Kaunas court extended his detention period for another three months, and the Court of Appeal later rejected his appeal.

Prosecutor Vilma Vidugiriene said in December prosecutors expected to complete the pre-trial investigation against Paleckis by the spring, adding that the investigation had taken a long time due to large volumes of case materials.

Prosecutors maintain that Paleckis with an unidentified "network of persons" are suspected of having collected information for Russia about investigators and judges involved in the January 13 case, as well as other information.

Algirdas Paleckis , former leader of the Socialist People's Front who is suspected of spying for...

People imagine the work of spies, especially those of the Russian regime, based on films about James...

At least six companions of A. Paleckis under suspicion in spying case

According to information obtained by the LRT Television show Panorama, at least 6 companions of...