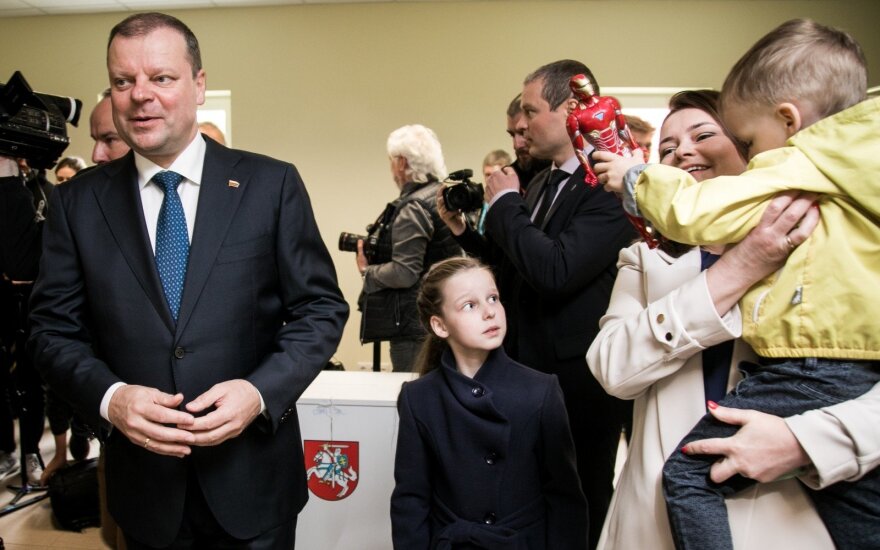 "I expect serious fight in the runoff and I'm ready to do that," he told journalists after casting his vote in Vilnius District.

Accompanied by his wife Silvija and children, the prime minister refrained from commenting on whether he would stand down as prime minister if he failed to get into the presidential runoff, adding that decisions would be made after the election results.

"I don’t speak about that now. Let's wait for the results and then we'll consider what will be next," the prime minister said, also adding that he voted in both ongoing referenda and called on people to do the same.

Related articles
Puteikis apologizes to voters and invites to vote for other candidates
Important day: Lithuanians voted in presidential election and two referenda

Polls show no candidate is likely to get more than 50 percent of votes and runoff voting will be necessary in two weeks, involving two candidates with the most votes.

Lithuanians are also voting in two referenda on Sunday.

In the referendum on amending Article 55 of the Constitution, citizens are voting on whether or not to reduce the number of Seimas members to 121, from the current 141.

During early voting this week and the first hour of voting on Sunday, 11.52 percent of voters have expressed their will.

Voters have last chance to vote early at municipalities (2)

Simonyte overruns Nauseda in presidential election's first round: results received from all districts (1) 290

Prime Minister says he will resign but ruling majority might stay

Lithuanian Prime Minister Saulius Skvernelis says he will resign after failing to get into the...