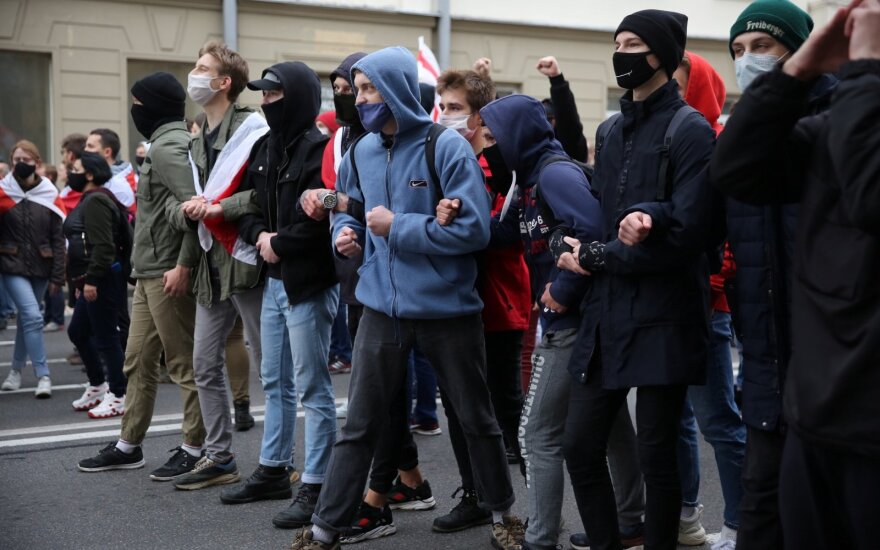 "Unfortunately, possibilities for dialogue between the regime and civil society diminish very day," Asta Skaisgiryte said in a comment to BNS.

"Lithuania, like other EU countries, states that the regime pays no attention to the warnings and calls that are being made, therefore the third package of EU sanctions becomes inevitable," she said.

Skaisgiryte notes that EU sanctions are effective because they apply across the bloc and cover not only travel bans, but asset freezes as well.

"Lithuania actively supports future EU decisions on activating the third sanction package which are expected at this week's (meeting of) the EU Foreign Affairs Council," the advisor said.

"The US, the UK and Canada are following the EU's lead to expand their national sanctions," she added.

The death of a young protester has recently triggered a wave of public outrage in Belarus.

Roman Bondarenko, a 31-year-old former soldier, was pronounced dead after suffering brain damage while in detention. Opposition supporters believe that Alexander Lukashenko's security forces are to blame for the man's death.

Lithuania's Vytautas Magnus University says it is establishing a support fund and will accept 50...

Lithuania, Latvia and Estonia have on Friday agreed to expand the existing sanctions for the...

A victim of the Belarusian regime's force structures has asked Lithuanian prosecutors to launch a...