President: EU shall look for ways to reduce dependence on China

BNS
aA
The European Union (EU) shall look for ways to reduce dependence on China, in particular by concentrating manufacturing in Europe or cooperating with the countries sharing similar values, Lithuanian President Gitanas Nauseda has said. 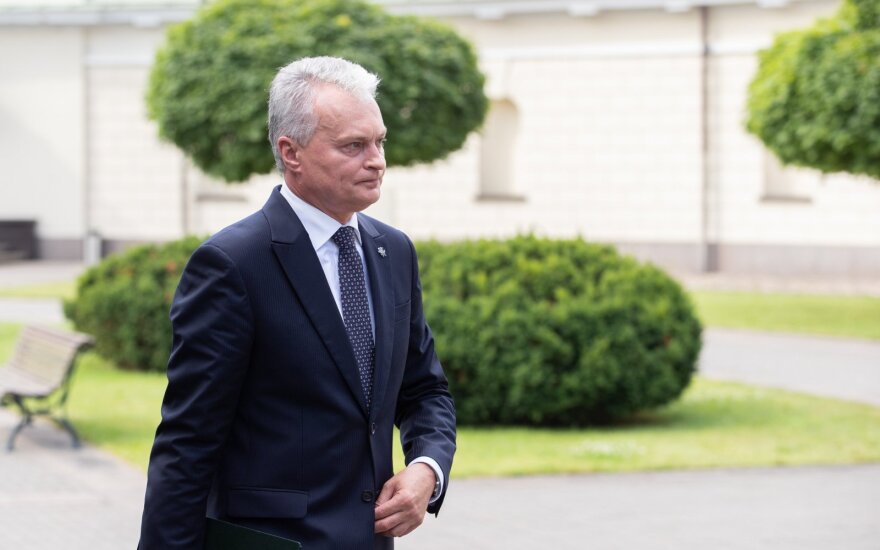 “The European Union follows a three-dimensional approach towards China and treats that country, firstly, as a partner, secondly, as an economic competitor, and thirdly, as a geopolitical rival. I’d say that the centers of gravity have been shifting gradually. And I think that the recent events related to Lithuania have a certain impact on the general stance of the European Union, given that we see increased aggressiveness on the part of China, its stronger wish to dictate its own terms and, of course, to play a bigger role in the world,” he said after the informal meeting of the European Council in Slovenia on Wednesday.

In this context, the European Union “shall act quickly and decisively” and shall “reduce its dependence on China in various aspects”, the Lithuanian leader said.

Related articles
Landsbergis: EU needs to speak in one voice in ties with China
Some firms say Chinese partners refuse to renew contracts

“Of course, the pandemic has shown our dependence with respect to production chains. I have no doubts that China would certainly use such a bargaining chip in certain circumstances. Hence, looking forward, we have to concentrate more production chains in our own countries, our continent, or to cooperate with other countries that are similar to us in their way of thinking,” he added.

Lithuania has recently criticized the human rights situation in China and has blocked Chinese investments, and the government has announced plans to open a trade office in Taiwan, which China considers to be a rebellious province.

The bilateral relations between Vilnius and Beijing further deteriorated in May after Lithuania left China's 17+1 economic and political cooperation forum with Central and Eastern European countries, calling the format "divisive".

Taipei's decision to open a representative office in Vilnius under the name "Taiwan" marked a turning point.

In response, China in August recalled its ambassador to Vilnius and demanded that Lithuania withdraw its envoy to Beijing.

Landsbergis: EU needs to speak in one voice in ties with China

The European Union needs to speak in one voice in its ties with China, Lithuanian Foreign Minister...

Two Lithuanian representatives, Andrius Kubilius and Petras Austrevicius, are among members of a...