...
BNS
aA
As the European Commission said vaccination from the coronavirus should start on December 27, Lithuanian President Gitanas Nauseda says Lithuania should stick to this schedule. 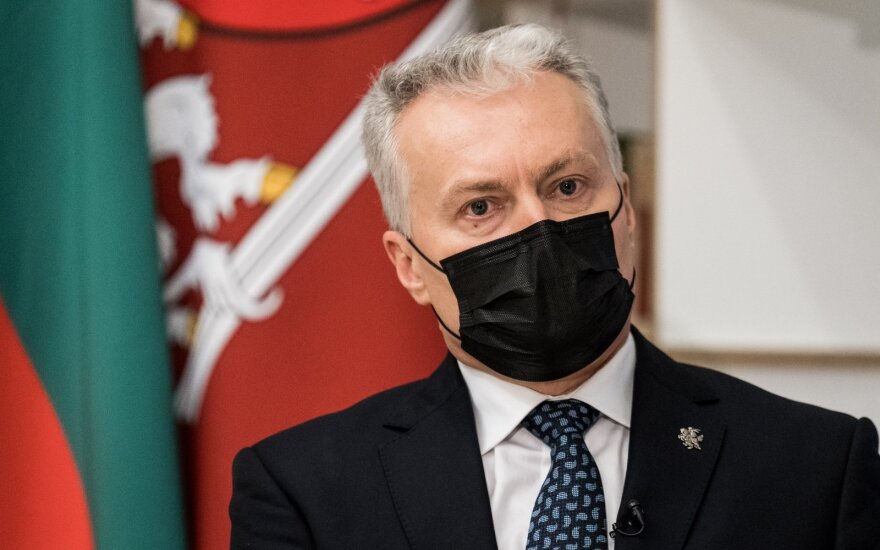 In his words, the office of the European Commission President Ursula von der Leyen notified that the vaccines should be delivered to Lithuania and other EU member states by December 26.

The Lithuanian presidential office said in a statement that, in Nauseda's opinion, "vaccination should start in Lithuania the very next day".

The European Medicines Agency is expected to approve the Pfizer/BioNTech vaccine on December 21. In Lithuania, medics will be the first in line to get the jab, as well as people in the biggest risk group, which includes seniors.

Nauseda also said he and Prime Minister Ingrida Simonyte on Thursday had a phone conversation and discussed "the need to step up preparations for vaccination and ensure an efficient vaccination process in Lithuania next week already".

Health Minister Arunas Dulkys says Lithuania now plans to buy 7.2 million vaccine doses, adding that 65 million euros have been allocated for that purpose in next year's budget. The first batch of the Pfizer/BioNTech vaccine should be enough to immunize some 5,000 people.

Lithuania is currently one of the countries worst affected by the coronavirus in Europe and the world.

COVID-19 vaccines could be delivered to Lithuania a bit sooner but it would be a small number of...

Nausėda: majority of people in Lithuania could get coronavirus jabs by mid-summer

The majority of people in Lithuania could be immunized against the coronavirus by the middle of...

The first batch of a COVID-19 vaccine is likely to reach Lithuania by the end of December,...

The Lithuanian Defense Ministry has dismissed as fake news allegations circulating in the social...

Lithuanian municipalities are ready to organize the COVID-19 vaccination process, but want the...

On Monday, 1 871 new COVID-19 cases were detected in Lithuania . Overall, the country has already...