...
BNS
aA
The Seimas of Lithuania has on Tuesday adopted a resolution that calls the recent spike in illegal migration from Belarus hybrid aggression. 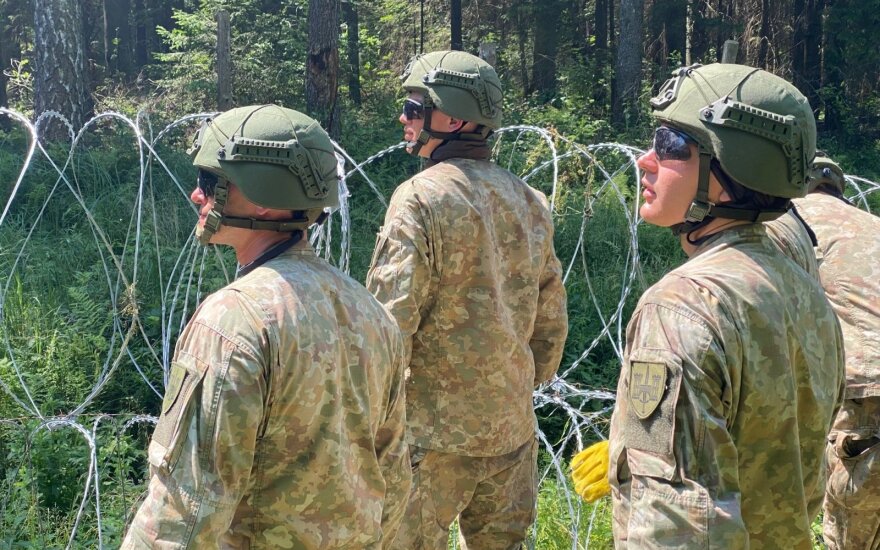 The document states that the organized inflow of illegal migrants from third countries is aimed at destabilizing the situation in Lithuania.

The resolution was backed by 56 lawmakers, two voted against and 24 abstained.

According to the ruling conservative Homeland Union – Lithuanian Christian Democrats, the resolution was initiated by the ruling majority in the parliament in cooperation with leaders of the majority of opposition groups.

The adopted resolution states that "countries hostile towards Lithuania are carrying out hybrid aggression against the Republic of Lithuania" by organizing the flow of third-country foreigners illegally crossing Lithuania's border, thus, posing threat to Lithuania's constitutional order and public peace.

It also expressed concern that "this hybrid aggression can be further developed and exploited and can even be used as a basis for threats of new nature in the context of the large-scale military exercise Zapad".

Therefore, the resolution calls on the government to step up the protection and defense of the state border between Lithuania and Belarus through the involvement of the Lithuanian army and the construction of a physical defense barrier alongside the whole border as soon as possible.

The document also calls for measures to ensure that the organizers of illegal migrations, including natural and legal persons in Belarus, are held accountable and placed under national and EU sanctions.

The resolution also proposed treating foreigners from third countries who illegally cross the Lithuanian border without ID documents, excluding women with children, pregnant women, disabled people and those under 16, as possible active participants of the ongoing hybrid attack. Therefore, they should be subject to different detention and accommodations conditions.

If hybrid aggression continues and intensifies, upon the assessment of the degree of this hazard, the resolution calls for the launch of consultations with NATO member countries, first of all, the United States, over threat to the country's territorial integrity, political independence or security.

The Lithuanian parliament also stands ready to propose turning to EU member states, the European Commission and other institutions and invite them to express solidarity and provide necessary assistance to Lithuania to withstand hybrid aggression.

A total of 1,676 foreigners have been detained near Lithuania's border with Belarus so far this year, up more than 20 times from last year.

Lithuania turns to UNHCR and IOM amid growing migration crisis

Lithuania has turned to the UN High Commissioner for Refugees and the International Organization for...