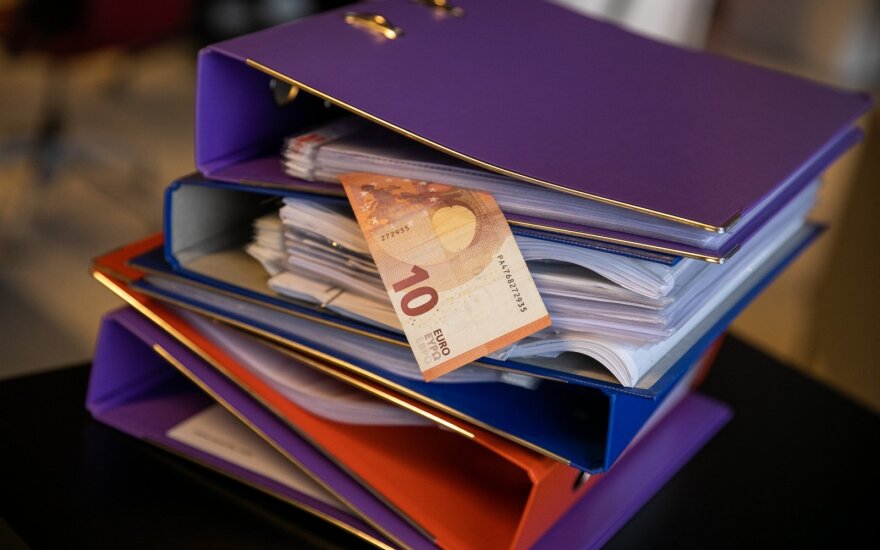 Commissioned by the SIS and carried out by Vilmorus, the survey, called "Lithuania's Corruption Map 2020", revealed that 9 percent of people surveyed said they had given a bribe over the past year, and 23 percent said they had done so over the past five years.

The SIS notes that it's the lowest rate since records began in 2005. And the percentage of bribe-givers has shrunk 2.7 times cines 2014 when a quarter of all respondents said they had given a bribe over the past year.

The latest survey shows people aged 61 and over were more likely to give a bribe (12 percent), compared to 5 percent in the 18-35 age group.

The share of businesses that gave a bribe in 2020 stood at 4 percent, and that of civil servants amounted to 1 percent.

Nevertheless, more than two thirds (71 percent) believe a bribe helps to resolve problems, up by 10 percentage points from 2019. Also, heads of 44 percent of businesses and 24 percent of civil servants believe so.

Over a half of residents say they could give a bribe, with almost two out of ten said they would do so to resolve a problem, and another four out of then said it would depend on circumstances, the survey showed.

Also, a quarter of businessmen would give a bribe in certain circumstances and 15 percent of civil servants, according to the SIS.

Moreover, just under a fifth of residents said they would report corruption, with the share a bit higher among businessman and civil servants.

The survey involving 1,006 Lithuanian residents, heads of 510 businesses and 554 civil servants was carried out in November, 2020 through January, 2021.

Darius Zukauskas , chief of Kaunas County Chief Police Commissariat , has been dismissed from the...

Lithuanian prosecutors and the Special Investigation Service (STT) said on Monday they a conducting...