No Good End in Sight: The Crumbling Iran Nuclear Deal

Dovilė Jakniūnaitė
aA
In May of 2018, United States President Donald Trump unilaterally withdrew from the Joint Comprehensive Plan of Action (JCPOA), colloquially known as the Iran nuclear deal. This deal was one of Barack Obama’s biggest achievements in international politics, with many experts and policy actors widely endorsing and backing the agreement. Thus, Trump’s decision, although not totally unexpected, was met with disapproval not only in Iran, but also by other parties to the agreement, including Germany, U.K, France, Russia, and China. The U.S. withdrawal raises a lot of questions about the future of Iran, nuclear non-proliferation, as well as regional and international security. 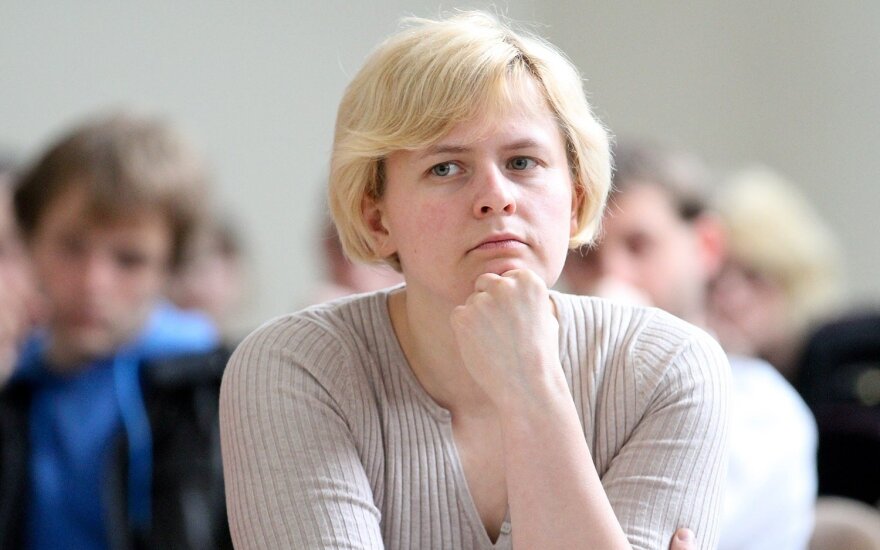 The Iran deal was agreed upon in July of 2015 after several years of intense, demanding, behind-the-door negotiations held between Iran and the group of P5+1 (the five permanent members of the U.N. Security Council, plus Germany). The goal of the deal was to stop Iran from acquiring nuclear weapons and significantly limit its enrichment program. In exchange, Iran got most of its sanctions lifted: oil, gas and arms sales embargos were terminated, Iranian financial assets abroad were unfrozen, and the country was allowed back into the global financial system. Iran's political re-engagement process has begun.

Related articles
US Energy Secretary: Lithuanians must talk to IAEA and Belarus about N-plant, US stays out

The deal also established a strict monitoring and verification regime implemented by the International Atomic Energy Agency (IAEA). It was estimated that before the JCPOA, Iran needed two to three months to actually manufacture nuclear weapons; after the agreement Iran would need over a year to restart its program. Now the international community had more time to intervene should Iran decide to abandon its JCPOA promises.

However, it has been the U.S. which has abandoned the JCPOA, not Iran. The American withdrawal took place despite IAEA assurances about the Iranian's compliance and the strong lobby and pressure enacted by the European JCPOA signatories to save the deal.

Even though the JCPOA was considered by many in international community to be a success, it has been criticized heavily in the U.S. since its inception. Some critics did not like its termination clause (the deal has a 15-year limit); some had fears for Israel (Iran is openly hostile towards it); some said that Iran made too few concessions while the U.S. made too many of them.

In general, nearly all Republicans consider the deal bad and flawed. Trump, throughout his presidential race promised to get rid of the Iran deal, referring to it as "the worst deal ever." Announcing his decision to withdraw from the JCPOA, the U.S. President talked about "a horrible one-sided deal that should have never, ever been made". Trump criticized the deal for not addressing the threat of Iran's ballistic missiles, its behavior in the region, his disagreement with the Plan's expiration dates, as well as his overall thought that the limits put on Iran seemed not to be strict enough. Trump seems sure that a better deal is possible, with an unlimited term of expiration. Therefore, the U.S. will economically pressure Iran to change its behavior and comply to stricter requirements.

Indeed, while the JCPOA reduced the potential threat from Iran's nuclear program, Iran still retained its nuclear infrastructure (and so, its latent capabilities). In addition, the deal did not place any limits on Iran's ballistic missile program, or conventional military programs, and it had nothing to say about Iran's regional influence or its human rights abuses.

The JCPOA was very technically written, and so possibly was limited by this. In actuality, Iran would have never agreed to discuss its regime, or role in the region within any deal. The JCPOA did not make the parties of the treaty allies or trustful partners; the whole negotiation process was still about containment. Such context is important to understand while considering the consequences of the U.S. withdrawal from the JCPOA.

In response to the decision, Iranian President Hassan Rouhani announced that his country would remain committed to the JCPOA while it negotiates with the other parties to the deal. France, Germany and the UK are also eager to keep the deal. Though as we near the end of 2018, it is still unclear how much of the deal is possible to save. The U.S. has started gradually to introduce, or promise to introduce, sanctions on companies doing business in Iran. These efforts to globally stop oil exportation from Iran has led to Trump promising not to trade with anyone who trades with Iran.

The U.S.'s renewed sanctions have already begun to harm Iran's economy as several major companies, including Airbus, Boeing, and Volkswagen, have pulled out of Iran rather than risk being penalized by the United States. Iran's oil exports have decreased, and its currency has plummeted. It is important to keep in context that it has only been two years since the JCPOA went into effect. Two years have not been enough time for the Iranian economy to have felt the benefits of the JCPOA's lifting of sanctions. Since the U.S. first hinted at pulling out of the JCPOA in early 2018, economic unrests within Iran have been occurring. The European Union (EU), as well as powerful EU member states, are trying to reduce the effects of the U.S.'s actions on Iran's economy. But it is not clear how much they can do, and how much patience Iranian authorities have to remain in the JCPOA.

Destabilization of Iran's regime will not be an immediate or even necessary consequence of the American decision, although regime change seems to be an implicit goal of the current U.S. administration. Iran remains an autocratic country with documented political repressions and human rights abuses. Its foreign policy ideology is based on a strong anti-American and anti-Israeli stance, and it is intensely competing with Saudi Arabia for dominance in the region.

Within Iran, there are influential groups which strongly disliked the agreement and were eager to use the U.S.'s withdrawal as proof that the deal should have never happened. In 2013, when more intense negotiations started, Iranian decision makers had been receptive – the newly elected President Rouhani was willing for greater engagement with the West and to make compromises on its nuclear program in order to end sanctions. Now it will be more difficult to persuade even the most pro-Western Iranian leaders to begin a new round of negotiations which may lead to even harsher commitments and tougher restrictions.

So, what could we expect from a more discontent Iran? For one thing, more Iranian foreign policy adventurism. Iran has already been demonstrating its regional ambitions – policies which greatly irritate and anger the U.S. administration. In past years, Iran has been involved in many regional conflicts, backing various armed factions, including: support for the Bashar al-Assad regime in Syria, Houthi rebels in Yemen, Shia factions in Iraq, and Hezbollah in Lebanon. Most of these regional wars can be seen as proxy wars with Saudi Arabia, and the result of such fighting has led to great destabilization of the region. Though the JCPOA did not address Iran's regional ambitions, it still had the effect of increasing the Iranian people's well-being. At the very least, it garnered more attention towards economic reforms, improving business conditions and in trying to satisfy Western partners. Now the incentives and conditions for such policies have been weakened.

In addition, the U.S. withdrawal further undermines the transatlantic ties it has with its European allies and the EU. The rift was already forming since Trump became President, and it has become more and more visible during NATO and the G7 meetings. The decision about Iran is just another one of the many divides growing between the U.S. and Europe. Without a doubt, Europe is still home to America's closest allies, but as the U.S. becomes more and more unilateral, it grows less considerate about the consequences of its actions, especially in terms of what they may mean for its allies.

With regards to Lithuania, America's growing unilateralism is being felt indirectly. Empirically, there are zero signs about decreasing U.S. security involvement in the Baltic sea region. America still claims its strong support for Ukraine and its territorial integrity. What is undoubtable, however, is the fact that recent U.S. actions in the Greater Middle East create not only uncertainty there, but also globally. This uncertainty makes the strategic planning and security policies of Lithuania, a country dependent on the security guarantees of historically strong transatlantic ties, much more troublesome.

Indirectly, this U.S. decision also strengthens the role of other, less friendly, players in the Greater Middle East region. For example, Russia and China are prepared to develop closer ties with Iran, promising favorable trade agreements, as their companies are expected to be less vulnerable to U.S. sanctions. Russia has also expressed greater interest in technological and military cooperation; both states already coordinate their actions in Syria and it seems that they will be increasing coordination within Afghanistan as well. With the U.S. still appearing to be willing to play a significant role in the region, international geopolitical tensions may have another context in which to multiply.

Thus, it is difficult to see a good end in the abrogation of the Iran nuclear deal. The current deal will be difficult to save, a stricter deal is appearing unlikely, a nuclear Iran is again a real possibility, and the peace, or at least the stability, within the Middle East is still looking to be very far off.

US Energy Secretary: Lithuanians must talk to IAEA and Belarus about N-plant, US stays out

US Energy Secretary Rick Perry said in Vilnius on Monday that Lithuania must talk to the...