BNS
aA
As the Belarusian regime is cracking down on independent Belarusian media, Lithuania will make every effort to help journalists from the neighboring county, Lithuanian Culture Minister Simonas Kairys says. 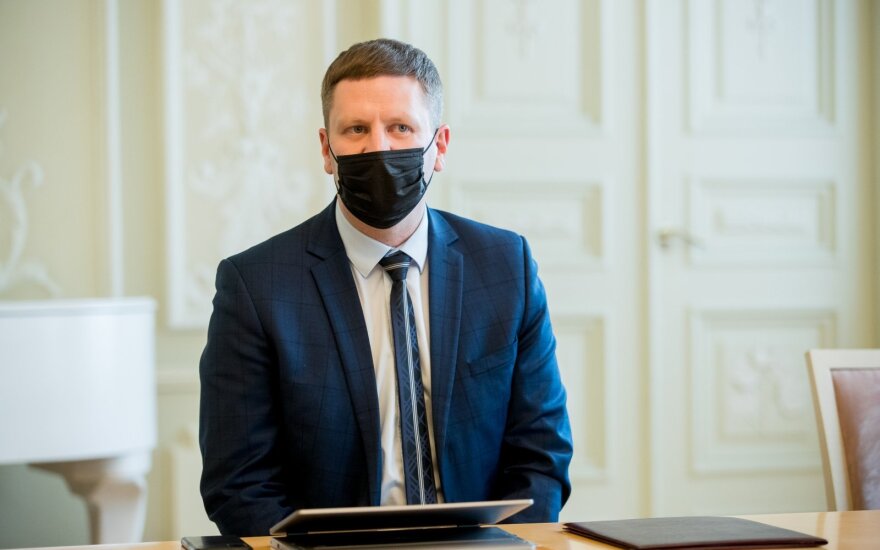 He invited Belarusian journalists to meet more than a week after an incident when the Lukashenko regime forced a Ryanair plane en route from Athens to Vilnius to land in Minsk to detain dissident Belarusian blogger Raman Pratasevich and his girlfriend.

"First of all, my team and I would like to express our support and solidarity. We understand very well that you and we are fighting for common values – a free world and a free word. The existing major tensions come from the fact that there's a fear of a free word because it is powerful," Kairys said on Tuesday.

Belarusian journalists said they feel fairly safe in Lithuania and want to maintain ties with those who stayed in Belarus, as well as colleagues who left for other countries, but they also need to stay vigilant, the ministry said.

The journalists also expressed their wish to contribute to the fight against propaganda and disinformation in Lithuania, especially in the country's southeastern region where their knowledge of the Belarusian and Russian language and professional competence can be beneficial.

Kairys says Lithuania should be ready to receive a large flow of Belarusian journalists and other citizens. The Tuesday discussions also touched upon measures that would allow Belarusian media to effectively continue working, the ministry said.

Some Belarusian journalists arrived in Lithuania soon after the rigged presidential election in Belarus last year when Lukashenko launched a crackdown on participants of post-election mass protests and the country's media.

Lithuanian and Polish law enforcement, as well as the United States' Federal Bureau of Investigation...

Some of Ryanair's questions to Belarus 'make you gasp' – Lithuanian minister

The flow of illegal migrants from Belarus has been rising for some time in Lithuania and Belarusian...