DELFI EN
aA
The number of infected people in Lithuania could exceed 3,000, while the spread of the virus will only be contained if quarantine restrictions are not significantly loosened for at least two more months. This is indicated by a new interactive mathematical model: a tool which can be used to conduct analysis and make decisions related to COVID-19. 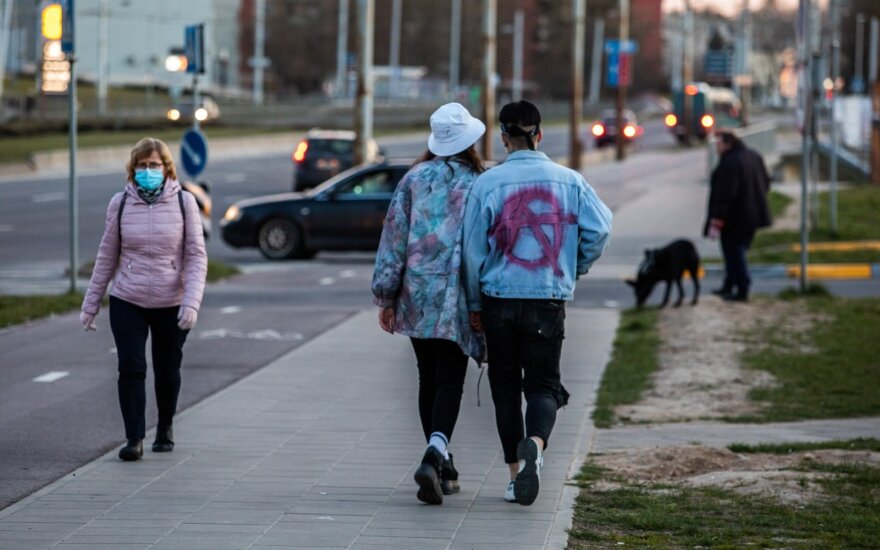 The model was created by researchers from Vytautas Magnus University (VMU): Prof. Juozas Augutis from the Dept. of Mathematics and Statistics, who is also the university’s rector, and PhD student Justinas Dainauskas from the Dept. of Applied Informatics.

The model’s parameters can be modified, and the results of calculations are instantly shown in the form of numbers and graphs. Modifiable parameters include the conditions and duration of quarantine as well as various other factors.

The model is stochastic: it is based on the principle of mathematical modelling where random phenomena are considered. The goal of the tool is to recreate (imitate) the processes of infection transmission, detection, and other processes that occur in the society during a pandemic. The model’s parameters or initial data has been collected from international publications and public information provided by Lithuanian authorities.

According to Professor Augutis, the dynamics and extent of the virus infecting the population depend on various conditions, including the infection’s incubation period, the country’s population size, the situation in the surrounding countries etc. However, there are two key factors that decide the course of the pandemic: the basic reproduction number (R0), which shows the transmission rate, i.e. how many other people one sick person can infect, and quarantine: as a measure which determines the efficiency of the fight against the virus. Without a vaccine, quarantine becomes the principal measure of curbing the pandemic.

“The strictness of quarantine and the extent to which its conditions are followed determine the reduction of the transmission rate. When its value is reduced to less than 1, the number of infected persons also starts falling off. The determination of these indicators also decides the accuracy of predictions about the infection’s spread”, the professor explains.

The main part of the model imitates the changes in the number of the infected: starting from the people who arrived from abroad and infected others, spreading the infection further. After quarantine is introduced, if it is observed, a pandemic typically starts to subside, and the likelihood of new people becoming infected decreases every day.

“The principal indicator which the model seeks to identify is the number of people that are infected with the virus at a specific point in time. This is not the same as the total number of detected infection cases which is reported in the media every day. The actual number of people who are sick is significantly higher. However, the number of identified cases is also important: it is the only known figure and can be used to fine down other results of the model. Naturally, it’s important to know – and the model provides this – how many new daily infection cases can be expected and how many infected people will be detected by testing”, Prof. Augutis says.

The modelling begins on 1 March. In the first 20 days, people from abroad returned to Lithuania; it is likely that some of them had the COVID-19 infection. At first, the arriving people were not placed in strict isolation, which resulted in more people getting infected inside the country; at the start of the quarantine, the numbers of infection cases escalated in Lithuania: it is possible that there were about 1,000 of them.

The peak number of total infection cases in Lithuania was likely reached in the latter half of March, when it exceeded 3,000. However, when quarantine was introduced, infections started falling off, which in turn will soon reduce the number of daily new cases. If quarantine is observed for at least two more months, we can expect for the pandemic to be completely contained in Lithuania by early June. According to the model’s results, throughout the entire period of the pandemic, about 1,700 cases will be identified.

Another important factor is testing, which should be conducted very vigorously during a pandemic. “In two weeks, testing intensified from just 100 tests a day to over 3,000 a day. This number is sufficient to test both the infected people who are symptomatic as well as those who are sent to be tested based on epidemiological studies. That way some of the people who do not show symptoms are also detected”, Prof. Juozas Augutis notes.

Naturally, the results of the modelling are dependent on the input parameters. “The infection transmission rates before and after quarantine are particularly important. Since detailed statistics and research focused specifically on Lithuania have not been conducted yet, we can only partially rely on the statistics of cases in our country. When we were preparing the model, we relied heavily on international publications and reports. The only numbers available for the model’s adaptation in Lithuania are the infection cases from early March until now; however, the model’s results demonstrate that the situation in Lithuania is modelled quite accurately”, Justinas Dainauskas explains.

The created model makes it possible to analyse various situations and scenarios. One of the most pertinent questions at the moment is how much the quarantine restrictions can be loosened in order to alleviate the situation for Lithuanian businesses. If only limited activity by small businesses is allowed and strict safety conditions are followed, while the number of contacts between people does not increase more than twice compared to the current situation, then the containment of the pandemic will continue, but we could expect it to end only in early July.

If quarantine restrictions are loosened to much, e.g. allowing larger gatherings of people, resuming activities where protecting people from getting infected is difficult, then the pandemic can flare up again.

On Wednesday morning Lithuania have recorded 955 COVID-19 cases in the country since the outbreak of...

A group of Lithuanian and Kurdish scientists have raised a hypothesis that the measles, mumps, and...