BNS
aA
Lithuanian farmers will hold a protest in Brussels on Thursday to express their dissatisfaction with small direct payments that are over 80 euros below the EU average. 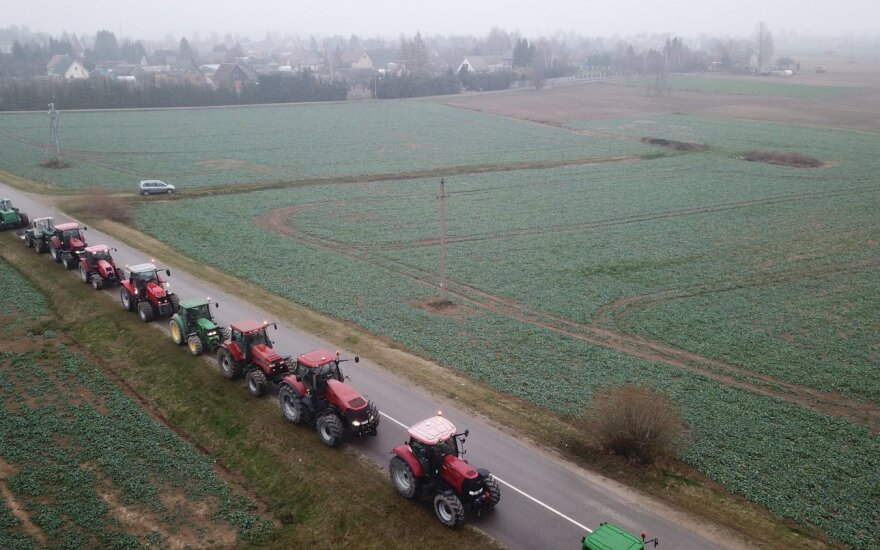 It will be already the 7th protest in Brussels, organized by the Agricultural Chamber of Lithuania. This time it will be held during the EU Council meeting on the long-term financial perspective for 2021-2027.

Arunas Svitojus, president of the chamber, says their goal is to ensure that Lithuania and other Baltic states are treated as equal partners.

"There should be no such criteria like the old and new EU member states. We all have to be together," Svitojus said on Wednesday.

In his words, the key demands remain the same as there are still big gaps in the EU and discrimination, and not only speaking about direct payments.

Currently, Lithuanian farmers receive 181 euros in payments for one hectare of land, compared to the EU average of 266 euros. Under the existing proposal, they would even drop in the first year and then would reach 204 euros by the end of 2027.

Lithuanian President Gitanas Nauseda has also said the Finnish presidency's proposal on the new financial perspective are unacceptable for Lithuania as it fails to ensure proper cohesion and agriculture funding, as well as funding for implementing climate change, migration and competitiveness goals.

Thousands of farmers , many on their tractors, launched a warning protest across Lithuania on Tuesday...

Minister: direct EU payments to farmers should be capped at EUR 100,000

President and minister agree on EUR 100,000 cap on EU payments to farmers