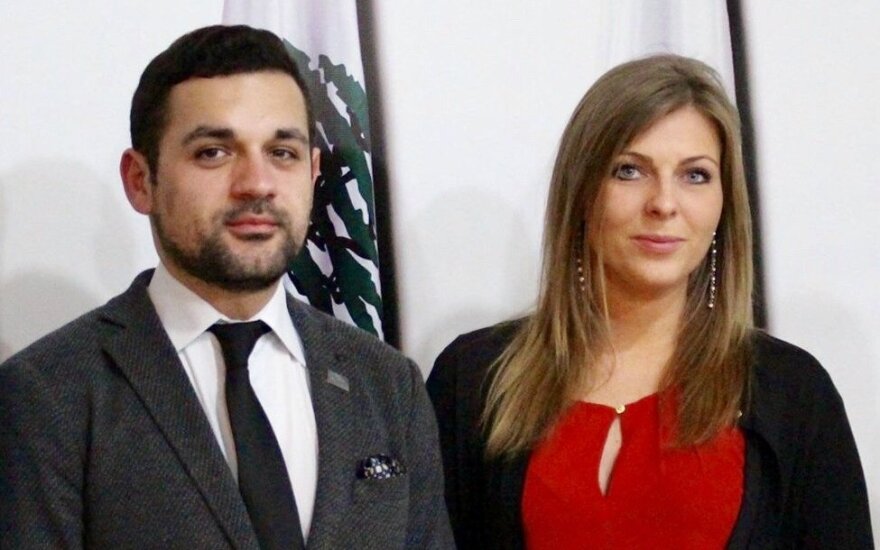 When Lithuanian Conservative-Christian democrat Gintarė Narkevičiūtė was elected as a Vice-President of IYDU two years ago, she came with a clear statement that unification has to be the top priority. "I believe that freedom, human rights, free market economies and efficient government are key principles leading us toward safer and more peaceful world. We cannot wait, we must act now. Thus, may the determination of two become the power of one, united and strong IYDU. Thank you, those who encouraged me to make this step and those who gave their trust for the common cause. Now, let's accomplish this together!" - Ms. Narkevičiūtė said in her special media post.

Today Gintarė Narkevičiūtė underscores: "Unification of the IYDU would have not happened without a relentless effort by many during these 5 years. Support of the current IDU Secretary General was an important factor in the past two years as well."

During her one year long term the Lithuanian conservative completed a successful cooperative effort with both the IYDU Chairmen and their board members. The result at the end of this time was a conceptual framework of a 3 + 3 work group by which the unification was set. First drafts of written agreements and a set of negotiation meetings were actualized as well.

The International Democrat Union has been in a global alliance dedicated to a just peace, a lasting peace and freedom throughout the world since 1983. Among its founding members have been important international politicians such as Britain's Prime Minister Margaret Thatcher, then US Vice-President George Bush Sr, Paris Mayor and later President of France Jacques Chirac, German Chancellor Helmut Kohl and many other important persons in politics.

First established in 1981, it is now the sole International Young Democrat Union. This union has a high chance to become a global and leading organization united as an alliance for freedom. "I congratulate Bashir Wardini (Lebanese Forces Party, Lebanon) for being elected Chairman of the IYDU. I have witnessed his dedication for the organisation's principles for many years and I believe in his commitment for the IYDU." - Ms. Gintarė Narkevičiūtė adds.

Uncertainty and repression do not need to follow every interaction between two independent countries....

How our future finances will look like? The 8th Istanbul Finance Summit will be held at Hilton Bomonti...