BNS
aA
Lithuania is marking on Wednesday the 30th anniversary of the Soviet crackdown on unarmed civilians in Vilnius on January 13, 1991. 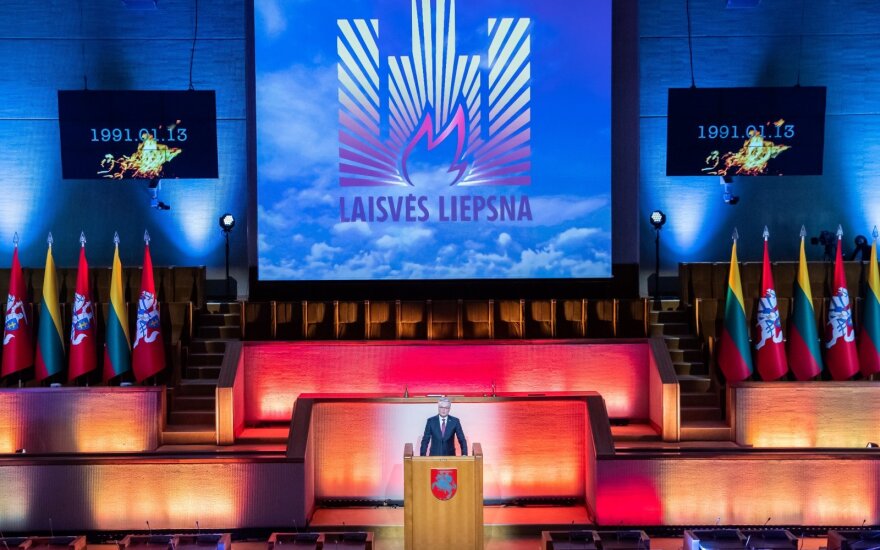 "Thirteen years ago, the people of Lithuania won because they took responsibility at crucial moments and thus proved to be free citizens of an independent democratic state," President Gitanas Nauseda said. "Therefore, January 13 will always remind us that civil power is not, and has never been, fiction. It is real and capable of changing the world."

This year, the anniversary is being marked mostly with virtual events due to the coronavirus lockdown restrictions.

Many of the events traditionally held on the eve of January 13 – the lighting of bonfires, a concert and a run through the streets of Vilnius – have been moved to August.

The commemorations began on Wednesday morning with the lighting of candles in the windows across the country.

The traditional commemoration of the January 13 events in the parliament has moved online. A video recording of the celebration of the Day of the Defenders of Freedom and the Freedom Prize award ceremony are being streamed on the Internet and broadcast by LRT Television and Radio.

The Seimas awarded this year's Freedom Prize to Belarus' democratic opposition. It was presented to Belarusian opposition leader Svetlana Tikhanovskaya who currently lives in Vilnius.

Fourteen civilians were killed and hundreds were injured when the Soviet troops stormed the TV Tower and the Radio and Television Committee building in Vilnius in the early hours of January 13, 1991.

Lithuania has designated January 13 the Day of Freedom Defenders to honor the victims of the Soviet aggression.

Vilnius is hosting on Saturday a traditional run to pay tribute to the victims of the Soviet army...

Built 40 years ago, the Vilnius TV tower is gearing up for reconstruction as an analysis shows both...

Court tightens sentences for Mel and Ivanov in Jan 13 case

Lithuania's Court of Appeal on Wednesday decided to partially satisfy part of the appeals against the...