BNS
aA
Foreign Minister Linas Linkevičius says that Lithuania supports the territorial integrity of Spain and calls for dialog in solving the crisis over the Catalan independence declaration as a confrontational path will mean riots and victims. 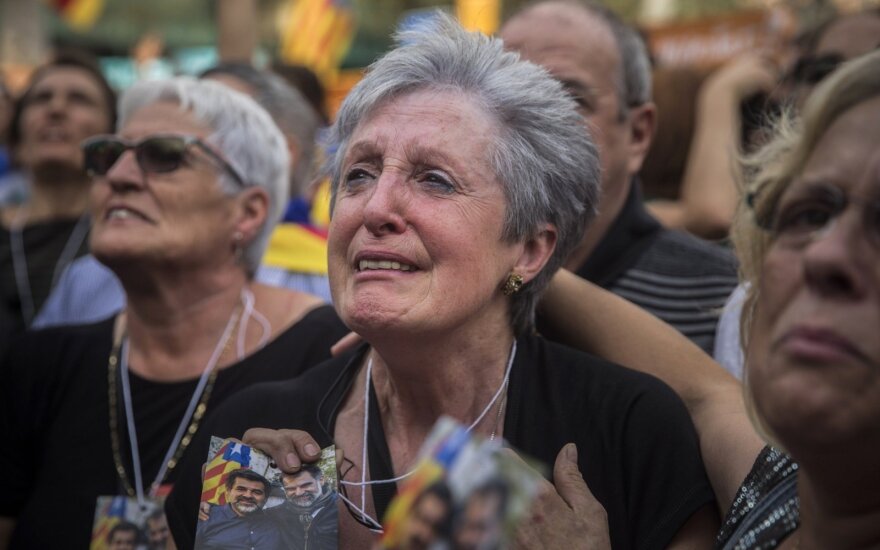 "We support the territorial integrity and sovereignty of Spain and, at the same time, we call for solving this crisis through dialog, not by force or violence," Linkevičius said on LRT Radio on Friday.

"Apparently, possibilities of dialogue have not been exhausted and a constitutional solution needs to be found. What we see now is a conflict or even a head-on collision of decisions. We do hope that this will not escalate into physical confrontation and violence," he said.

The Spanish Senate on Friday approved direct rule over Catalonia shortly after the region's parliament declared independence from Spain.

"The alternative to dialog is confrontation, unrest, victims. This is not how it should be in a democratic country. They need to look for a constitutional solution and talk, which, in my opinion, has not been exhausted in the past," the Lithuanian foreign minister said, commenting on the situation.

Catalonia and the principle of territorial integrity (2)

Catalonia cannot be compared with challenged and occupied areas in the Baltic states and Ukraine .

Spain is in crucial need of a dialogue with its citizens, Lithuania's Foreign Minister Linas...