BNS
aA
Lithuanian Foreign Minister Linas Linkevicius said on Thursday that sanctions against some officials of the Alexander Lukashenko regime are too weak a response to the events in Belarus, adding that the European Union must help the victims of repression. 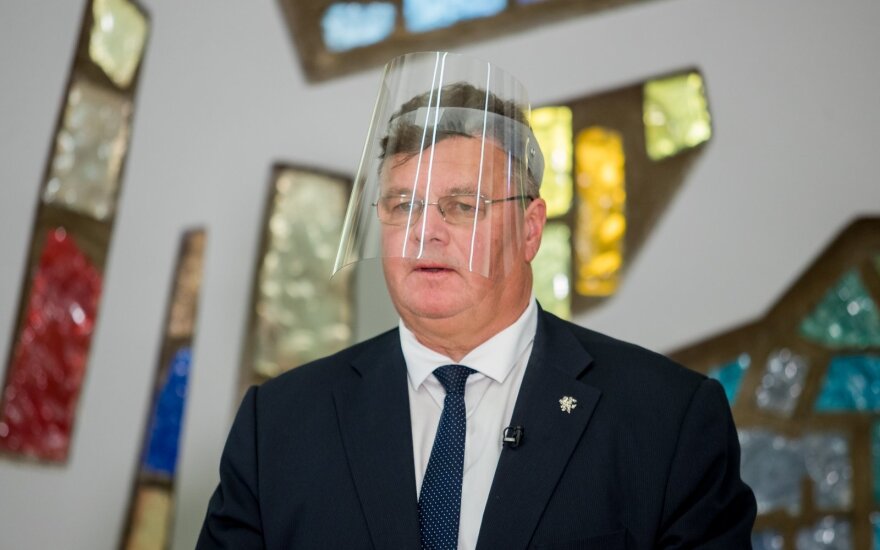 "Sanctions are not enough. The perpetrators of crimes must be prosecuted and held accountable, because these are criminal offenses," Linkevicius told reporters in Kaunas. "We must also help people who are suffering today."

"Yesterday, violence was used again after the so-called inauguration. Tear gas was used; people were injured. It has been going on for more than a month. We must help the victims of repression," he said.

The EU's failure to approve sanctions against the Lukashenko regime due to Cyprus' veto undermines the bloc's image and prestige, the minister said.

"It's not enough just to condemn and express indignation; something more needs to be done," he said.

When asked if Lithuania would accept a new Belarusian ambassador if he or she were appointed by Lukashenko, Linkevicius said, "I'm sure it wouldn't".

"If they were sent by the illegitimate president, they would have no legal powers," he said.

Lukashenko has faced unprecedented protests after claiming a landslide victory in the August 9 presidential election which the opposition and Western countries say was rigged.

The authoritarian leader, who has ruled Belarus since 1994, was inaugurated for a sixth term as president on Wednesday. The inauguration ceremony, whose date had not been announced, took place in the Palace of Independence in Minsk.

French President Emmanuel Macron promised help in the pursuit of negotiations over the resolution of...