BNS
aA
Ramunas Karbauskis, the leader of the ruling Farmers and Greens Union, has confirmed that he offered the backing of his political group to Viktorija Cmilyte-Nielsen if the opposition Liberal Movement's leader agreed to run for speaker of the Seimas. 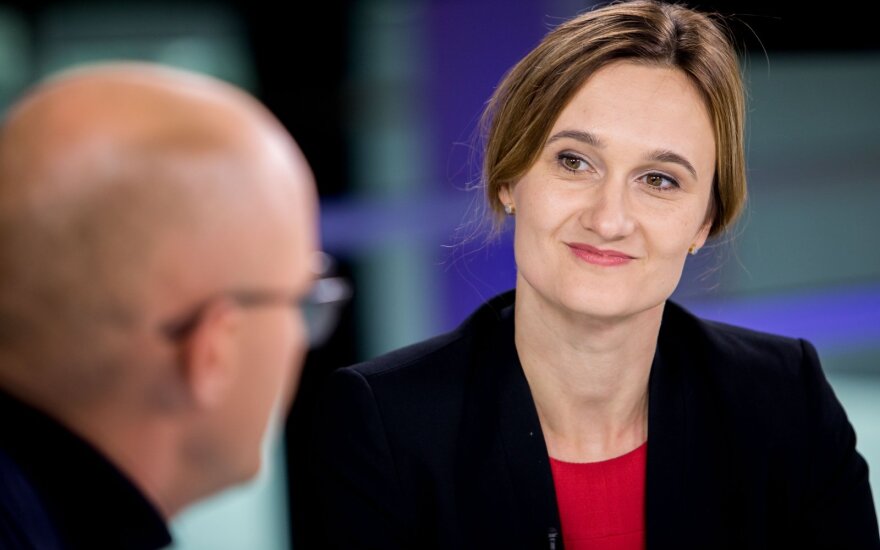 Karbauskis said he thought that Cmilyte-Nielsen would be very competent for the job.

"I proposed that she stand in the election of the speaker of the Seimas," the leader of the biggest party in the parliament told BNS on Thursday evening.

"I told her that there would be strong support for her candidacy in our group and probably in other groups as well. She is a very bright potential candidate, and she would certainly make a great speaker of the Seimas," he added.

According to Karbauskis, Cmilyte-Nielsen would have received support even if the Liberals did not join the ruling coalition.

The Liberal Movement leader said earlier in the day that she had turned down the offer because she did not want her party to be used as "a tool in dealing with the ruling bloc's problems".

"Posts or high-ranking positions in the Seimas are (...) not my top priority. Therefore, I consulted members of my group and decided not to accept the position of the speaker of the Seimas that was offered to me," she said on Facebook.

Karbauskis has repeatedly called on Viktoras Pranckietis to step down as the speaker of the Seimas so that the Social Democratic Labor Party's candidate could take up the post.

However, Pranckietis, who left the farmers and Greens' Union earlier this month, says he will not resign unless the parliament votes to remove him from the post.

The speaker is elected by secret ballot in the parliament.

The ruling Lithuanian Farmers and Greens Union plans to also support candidates nominated by other...