...
BNS
aA
Lithuania will not sent its soldiers to Syria if no US troops remain in the Middle East country, Defense Minister Raimundas Karoblis said on Thursday. 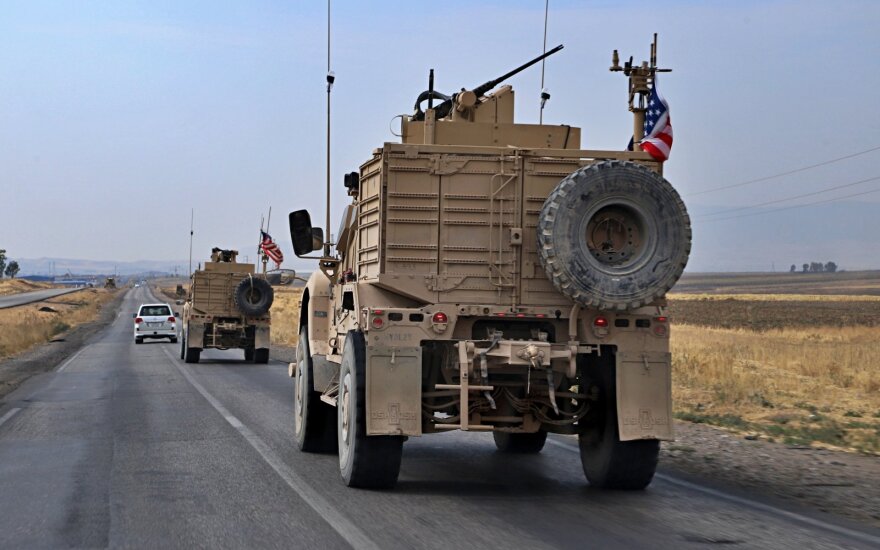 Lithuanian troops will not go to Syria either until the situation in its northern part, where Turkey is engaged in an operation against Kurdish fighters, has stabilized, he added.

"Until the situation has been stabilized, definitely not. Another thing is that the architecture of the US presence is unclear, and if there are no US troops or if there is a symbolic force, we would not see much value-added either," he told the Ziniu Radijas radio station.

Turkish troops crossed into northern Syria two weeks ago. Ankara says it wants to create a buffer zone to protect the Turkish border from Kurdish and Islamic State (IS) militants.

The US is withdrawing most of its troops from Syria, but is considering leaving a small force behind to guard oil fields and continue the fight against IS.

Related articles
Defense Minister: there's no threat to Belarus from West
Hodges: troops' arrival shows Lithuania can trust US despite 'mistake' in Syria

According to Karoblis, Lithuania mulls sending more troops to Iraq.

"Plans to send several military doctors (and) instructors together with the Nordic countries were made much earlier," he added.

Lithuania will keep the option of sending troops to the international operation in Syria but has...