Illegal migrants will be pushed back, diverted to border checkpoints 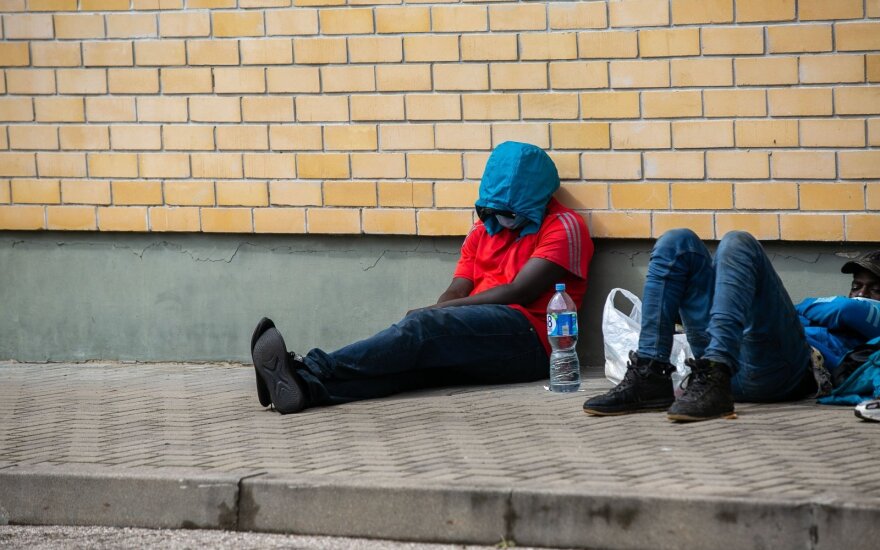 "To protect the state border and to prevent persons who plan to cross the border in illegal places from entering Lithuania's territory, an order has been made to oblige them to use legal ways of crossing the border or asking for asylum and to divert persons to the nearest operating international border checkpoint or diplomatic representation," the Interior Ministry said in a statement.

"Officers from the State Border Guard Service are competent and experienced to apply tactical measures in such situations. Lithuania's border must be protected with all legal means from any illegal crossing of the state border as an instrument of hybrid aggression Lithuania is now being subjected to," the interior minister was quoted as saying in the statement.

"Persons intentionally trying to cross the state border in banned places should be considered persons who plan to commit a criminal act, an illegal border crossing," she added.

Lina Laurinaityte-Grigiene, the spokeswoman for the interior minister, told BNS that under the latest decision, migrants could be pushed back in both cases, while already being in Lithuania's territory and also while still being in Belarus.

Presenting the latest decision during the Dienos Tema (The Topic of the Day) program on the national television LRT, Bilotaite said pushing back migrants is allowed under international law if such a decision is temporary and if migrants are offered an alternative to ask for asylum.

According to Bilotaite, foreigners are being invited to Belarus as a safe territory with no ongoing military conflicts.

According to the Interior Ministry, it means that a foreign citizen who arrives in Belarus on tourism grounds, upon receipt of services the person came to this country for, should depart from it in the same legal way as the person who arrived in the first place.

The ministry says that Belarus, having made decisions on offering the visa-free regime to many countries in the world, is itself unilaterally failing to comply with the treaty on the border's legal regime as its border guard institutions are contributing to the organization of illegal crossing of the Lithuanian border.

The Lithuanian Customs Department has signed a contract with the Warsaw branch of China's Nuctech on...