BNS
aA
Organizers of "The Hong Kong Way", a pro-democracy action in the form of a human chain across the semi-autonomous city on Friday, say protesters against Chinese oppression are drawing inspiration from the independence fight of Lithuanians, Latvians and Estonians. 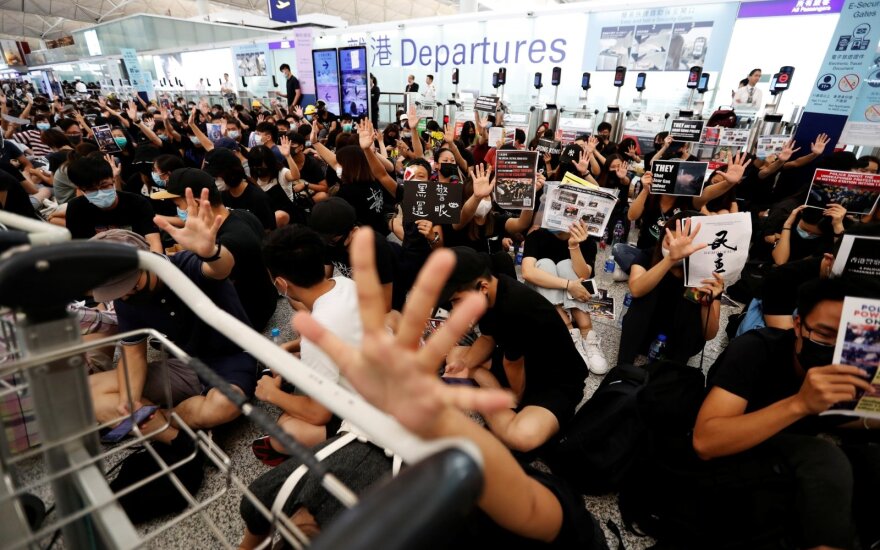 The action will be held on the 30th anniversary of the Baltic Way, the 1989 peaceful anti-Soviet demonstration in which two million people joined hands in a human chain stretching from Vilnius to Tallinn.

"The Baltic Way was an inspirational event to many freedom-fighters around the world. It demonstrates the power of solidarity and non-violent social movement," Joshua Wong, a Hong Kong opposition leader, told BNS.

The leader of Demosisto, a pro-democracy group, likened China's behavior in Hong Kong to the Soviet Union's interference in Baltic affairs three decades ago.

Related articles
Baltic protest anniversary to be marked with slogan 'Baltic Way is Us'
Plans to create chain of 10,000 people on Baltic Way anniversary

"Over previous months, Hong Kong people are suffering from serious police brutality and direct political interference from China, similarly to what the Baltics were facing from the USSR 30 years ago," the 22-year-old activist who became the face of Hong Kong's democracy protests said.

"We hope the Hong Kong Way could showcase the solidarity of Hong Kong people and let the world to see our demand in freedom and democracy," he added.

Hong Kong activists expect to form a human chain of 40 kilometers across the city on Friday in support of democracy.

Calls for joining the action, scheduled for 3 p.m. Vilnius time, have been spreading on social media sites in recent days, with participants urged to refrain from violence.

Communist-ruled mainland China has taken an increasingly hardline tone towards the protests, which it sees as a direct challenge to its rule.

On August 23, 1989, around 2 million people in Lithuania, Latvia and Estonia joined hands in a 650-kilometer-long human chain stretching from Tallinn to Vilnius to mark 50 years since the signing of the German-Soviet Non-Aggression Pact, known as the Molotov-Ribbentrop Pact, and secret protocols that divided Eastern Europe into German and Soviet spheres of influence.

Lithuania's Ministry of Foreign Affairs on Monday summoned the Chinese ambassador and handed in a...