...
BNS
aA
Lithuanian Foreign Minister Gabrielius Landsbergis and his counterparts from other EU member states will on Monday in Brussels discuss his proposal to impose new sanctions for Belarus. 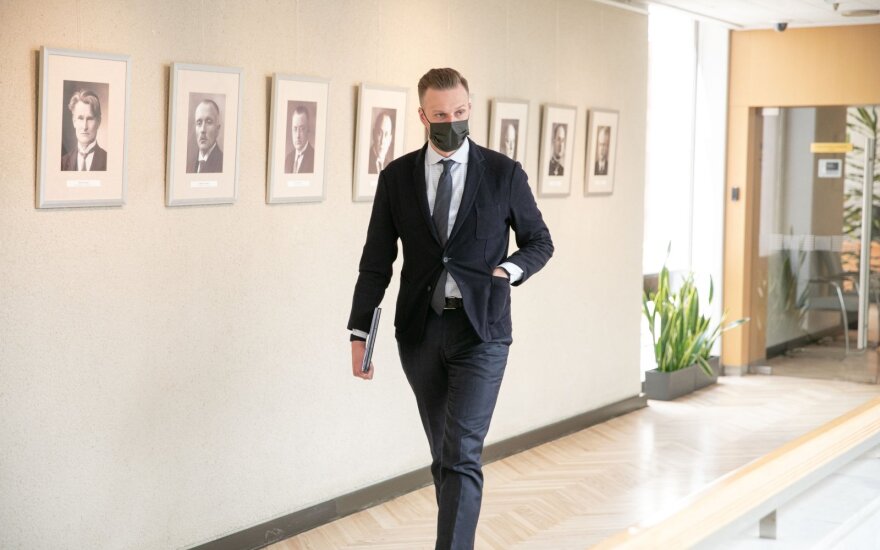 Landsbergis' proposal comes in response to Minsk's role in the recent migration crisis in Lithuania.

The minister told BNS on the eve of the meeting that the EU should deter authoritarian regimes from using people as tools for the whole Community's political blackmailing.

On Sunday, Landsbergis discussed his proposal during an informal meeting with the Nordic and Baltic foreign ministers.

Lithuania is proposing to the EU to impose new sanctions for Belarus soon after the EU agreed on sectoral sanctions for this country after Minsk forced a Ryanair passenger place en route from Athens to Vilnius to divert and land in Minsk so that opposition blogger Raman Pratasevich and his girlfriend Sofia Sapega could be detained.

The EU also imposed various other sanctions for Belarus in response to the Lukashenko regime's crackdown on the country's opposition following last year's contested presidential election.

As relations with Belarus continue to soar, Lithuania has recently seen a spike in illegal migrants crossing in from Belarus.

The European Parliament's Committee on Foreign Affairs and on Civil Liberties, Justice and Home Affairs are also holding an extraordinary meeting on Monday to discuss the influx of migrants. The meeting will be attended by European Commissioner for Home Affairs Ylva Johansson, Fabrice Leggeri, executive director of Frontex, Lithuanian Interior Minister Agne Biloraite, and Luc Devigne from the European External Action Service (EEAS).

"That's a hybrid attack by Lukashenko, assisted by the Kremlin, not only against Lithuania but also against the whole of the EU. Like mines or bombs, people from far countries are thrown over the border for attacks against the sovereignty of the neighboring country. Swift and adequate steps from the EU are needs as it's not a manifestation of natural migration," Lithuanian MEP Rasa Jukneviciene, who initiated the discussion of this issue at the EP, said in a statement.

Minsk says it's not stopping migrants in its territory because of the existing EU sanctions.

Lithuania is on Friday starting the construction of a wire fence on Lithuania's southern city of...

More officers from the European Border and Coast Guard Service (Frontex) are set to come to Lithuania...

A recent influx of illegal migrants from Belarus is hybrid aggression targeted against not just...