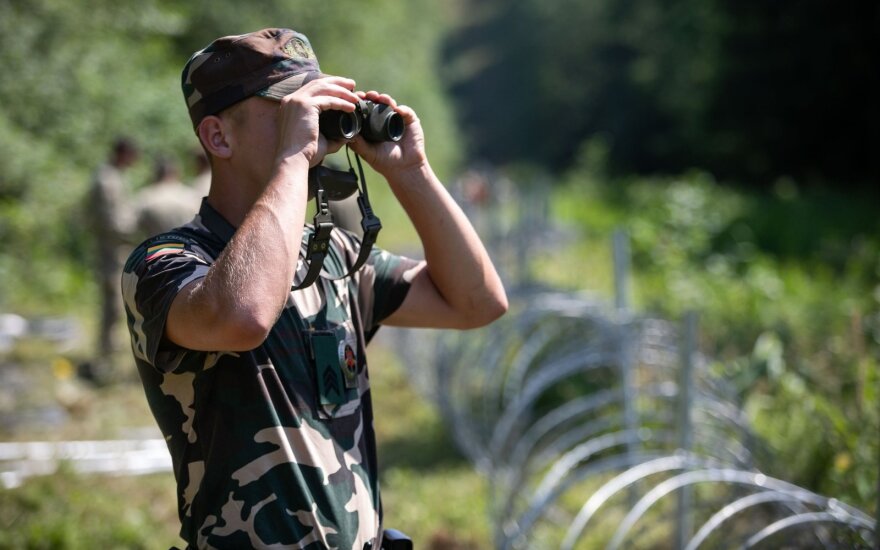 "The maximum number of SBGS (State Border Guard Service) officers is now deployed near our border, and all other forces of the interior system have been involved, and today we discussed specifically the involvement of additional army forces," the minister told a press conference without providing specific numbers.

Officials said at the end of last week that 260 troops would be assigned for border protection duties.

"Troops had already bolstered border protection as of Saturday, but we have agreed to further boost our border protection through the deployment of additional national defense forces. I wouldn't want to provide any detailed figures as this is very sensitive (information)," Bilotaite said on Monday.

In her words, the key message is that "we are taking these threats seriously and are deploying maximum forces for border protection, both from the interior system and also from the national defense system".

"We have such a situation now," the minister said.

"So far, logistical support has been provided in the form of the tent town, hangar tents, the installation of the concertina fence, national defense volunteers at eight border posts, and other assistance, but in light of the need, the Lithuanian Armed Forces [...] will be increasing their support significantly in the coming weeks," he said.

Anusauskas would not say either how many troops would be deployed to assist border guards.

Earlier on Monday, Lithuanian President Gitanas Nauseda called the meeting of the State Defense Council to discuss state border protection and strategic guidelines for the management of the migration crisis.

A total of 1,676 migrants, mostly from Middle Eastern and African countries, have been detained near Lithuania's border with Belarus so far this year, 20 times more than last year.

Minsk says it is not stopping migrants in its territory because of the EU sanctions.

The Lithuanian government has declared an emergency over the spike in illegal migration.

Lithuanian President Gitanas Nauseda has called a meeting of the country's State Defense Council on...