BNS
aA
The European Court of Human Rights (ECHR) issued on Wednesday an interim measure preventing Lithuania from removing five Afghan nationals who say they are hiding in the country after illegally crossing in from Belarus. 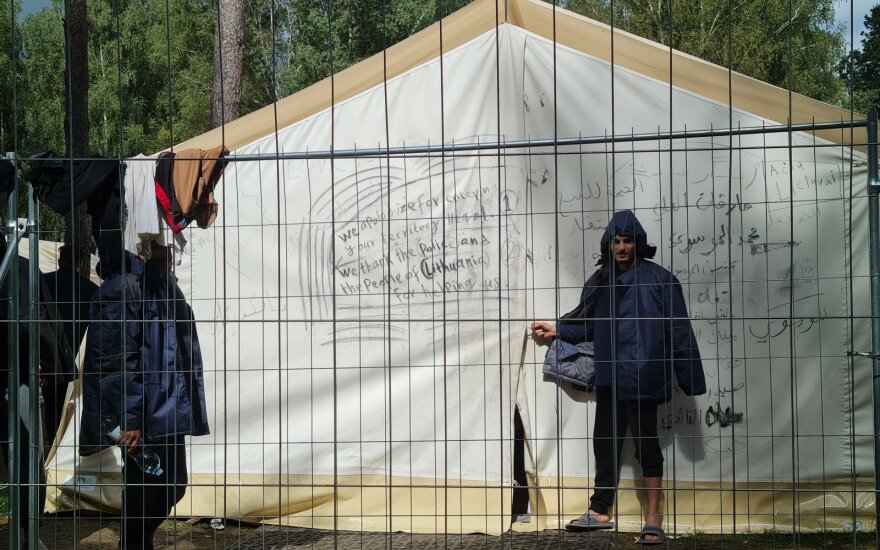 "The ECHR has today decided to indicate an interim measure in the case Sadeed and Others v. Lithuania [...] concerning five Afghan nationals who have been attempting to enter Lithuania from Belarus and now assert that they are in hiding in Lithuania," the Strasbourg court said in a press release.

"The measure will apply until 29 September 2021 inclusive," it said.

The applicants say they arrived in Belarus in August and have since been repeatedly attempting to enter Lithuania to seeking international protection.

"They allege that they fled Afghanistan because, as westernized and educated Afghan nationals, they are particularly vulnerable to Taliban reprisals," the court said.

"However, on several occasions, they were unable to enter Lithuania nor to return to Belarus (which is not a signatory to the European Convention on Human Rights). They were thus stranded at the border. They have apparently been in hiding on Lithuanian territory since 5 September."

The applicants asked the Strasbourg court to halt their removal to Belarus.

The court "decided to apply Rule 39 until 29 September 2021, indicating to the Government of

Lithuania that the applicants should not be removed to Belarus, provided that they are already on Lithuanian territory".

Over 4,100 migrants, mainly Iraqis, have crossed into Lithuania from Belarus illegally so far this year.

An officer of Lithuania’s Fire and Rescue Department was fatally injured at the border with Belarus...