Election lessons: how to defeat 'beavers' in municipalities?

Jaunius Špakauskas
aA
I have been witness to election campaigns since 2011 when I had a chance to prepare an election manifesto for one of the political parties. "What a strange homo sapiens giving a fresh political science graduate such an important task," I thought at the time, I recall. 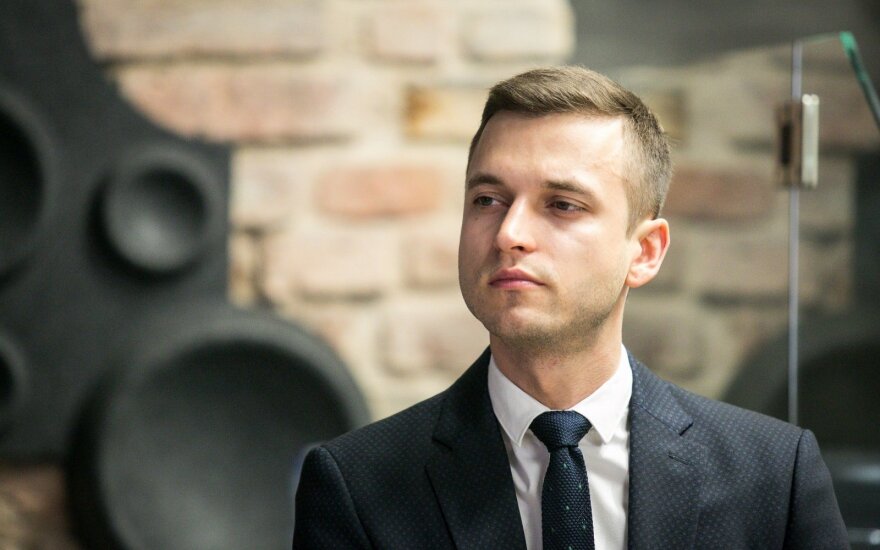 But I did. Things materialize when you simply start doing them and do not hesitate to use your head.

I have earned 1,000 or 2,000 in the equivalent of the old currency upon which Lithuanian words were still written, and I felt incredibly 'cool' when the manifesto was evaluated as the best in that particular election cycle by the politics professor Ainė Ramonaitė.

I earned significantly more experience and finally grasped the fact that sugar coated ego means very little if any at all since then. During elections everything has any meaning as much as the efforts of the campaign or political marketing professionals are being converted to the votes. Compliments are absolutely irrelevant.

The last election cycle has also taught me many lessons. The most important one and I have to admit, the most personal one to me, is the realization that there is a completely different Lithuania outside of Vilnius.

The scale of corruption in some municipalities is so great, administrative resources are smoking that hot, that Vilnius dwellers may find it very difficult to comprehend.

When the height of corruption is challenging the Mount Kilimanjaro, the importance of election campaign drops dramatically. The winning candidates are not even bothering to campaign in such municipalities, they use 'agitation' instead. Starting with the mandatory punching of public servants (aka municipal slaves) to the early voting during the working day, ending with fake voters and abundant banquets financed from our own public pocket.

Nevertheless, the Mayor Remigijus Šimašius' achievements are still competing with the campaign of Dainius Kreivys, although regrettably largely based on bullying but still encompassing constructive proposals. Finally, Mr. Šimašius proposals are challenged by the former Mayor Zuokas, who's sleepovers in the residential areas are being funded by the business group drastically losing its position in the capital.

People, ideas and campaigns are competing here after all.

However, it is completely unnecessary in some peripheral towns. 'De nada', not a single grain needed. No opposition, not even a vain anti-corruption council, only the most immediate family relatives, sometimes connected in the most proximate possible way - blood ties - are employed in municipal companies.

Everything is arranged in such a scrupulous way, city-funded celebrations election weekend is so well organized, the voters are kindly requested simply to deliver their butts to rented ballrooms and enjoy 'the democratic refreshments' in an infinite manner.

The music is set, appetizers are freshly cut, goods taxed with excise duties could have been photographed over the windows, well because nothing decorates the table best than a bottle of vodka.

But surprisingly... no one is taking any pictures. Well because it's everyone's joint matter.

This scenery might look a bit hyperbolical although it isn't, I've witnessed it in my own eyes.

Suddenly, a paralyzing feeling overwhelms me permeated with deep sorrow for a moment. But this despair gradually evaporates and you start not only thinking straight but also seek for solutions.

I have a recipe on how to defeat these corrupt soviet 'gods' buying votes with our own euros because there is a solution to conquer this terrible injustice. There is only one way, believe me, there's no other alternative.

Do you know what that is?

These 'gods' can be defeated only by a horizontal, flat structure, the mass of active, civil people dreaming of a different kind of life.

Only when people will gather to a community that cares for the growth and prosperity of their town, that is wonderful place to live and work not just two months prior elections, those precise people who are not simply curse incumbents privately simultaneously forgetting who they voted for themselves, only then this communal energy will inevitably convert to a political will. And in front of such power - any 'gods' will be toothless.

A benchmark for an incredibly corrupt, Soviet-like individual, most often met in the corridors of the public institutions, state-owned enterprises, municipalities and other elected or selected bodies. 'Beavers' usually live and fertilize in hordes, protecting and helping each other at all cost.

Jaunius Špakauskas is a communications consultant with experience in political marketing and campaigning.

Election intrigue only beginning: behind the scenes processes proceed

Visvaldas Matijošaitis is celebrating his victory in Kaunas after the first round, however in the...

“I hope that Kaunas will not declare independence from Lithuania. But such a trend exists looking...

After meeting Seimas board, Grybauskaitė gives evaluation of election results

President Dalia Grybauskaitė warned on Tuesday that the nearing Seimas spring session will be beset...

Paluckas expects “Farmers” will not win any elections

What can we predict about the nearing presidential and European Parliament elections now that the...

After the elections: party triarchy without power

The only true and unquestionable winner of these elections is committees. Their victory in these...

On Monday, the composition of municipal councils is beginning to emerge.