BNS
aA
A Lithuanian court has rejected a request to move Konstantin Mikhailov, a former OMON officer sentenced to life in the 1991 killing Lithuanian border guards and police officers at the Medininkai border checkpoint, from a prison to a correction house. 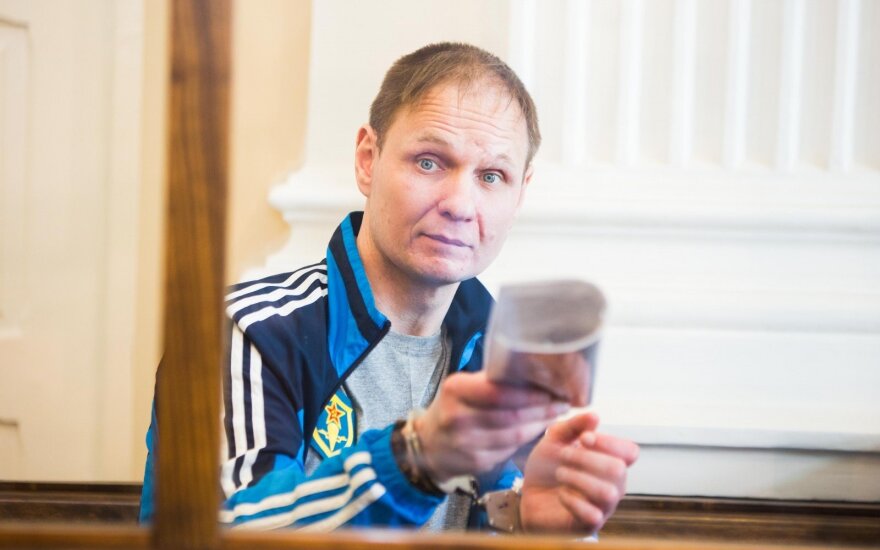 The District Court of Kaunas' Chamber of Kaisiadorys said on Friday it was decided to reject the movement request by Pravieniskes Correction House – Open Prison Colony since there's currently no evidence that Mikhailov has changed enough to place hum under softer regime conditions.

"The convict meets the formal basis to be moved from a prison to a correction house as he has served more than ten years of his life sentence. Nevertheless, when considering the issue of softening sentence conditions for the convict, his personal attitude to the committed crimes must be taken into account, as well as his behavior during this time in prison, and whether the objective of the prison sentence issued to the convict would be achieved upon the change of sentence execution conditions," the court ruling reads.

On June 6 of 2016, the Lithuanian Court of Appeal upheld the life prison sentence for Mikhailov, and reclassified the offense as a crime against humanity.

Mikhailov, a Latvian citizen, was detained by Latvian law enforcement bodes on Nov. 28, 2007 under a European arrest warrant issued by Lithuania. He was held in detention at Lukiskes Remand Prison in Vilnius from January 2008. It emerged later that Mikhailov also has Russian citizenship.

He was also ordered to pay 653,850 euros in damages to the state. Earlier this year, Mikhailov turned to the European Court of Human Rights over this lifetime sentence.

the Kaunas court also concluded that during the case hearing Mikhailov did no admit his guilt. Although characterized as polite and avoiding conflict situations, the court ruled that he's not motivated for change, and has not only received incentives but has also been issued penalties for violating the prison's internal rules.

As Lithuania marks the 27th anniversary of the Medininkai massacre on Tuesday, state leaders and...

Konstantin Mikhailov , a former member of a Soviet special police unit who is serving a life sentence...

Monday marks 26 years since the tragic developments at the Lithuanian checkpoint of Medininkai when...

ECHR: country has duly given release hope to life prisoners

Lithuania has stopped violating the rights of life prisoners and has provided real chances of...

Ukrainian gets 20 years for killing two fellow nationals in Lithuania

A Ukrainian citizen has been sentenced to 20 years in prison for killing two and injuring another...