Ambassador: US hopes to supply gas to Belarus via Lithuania 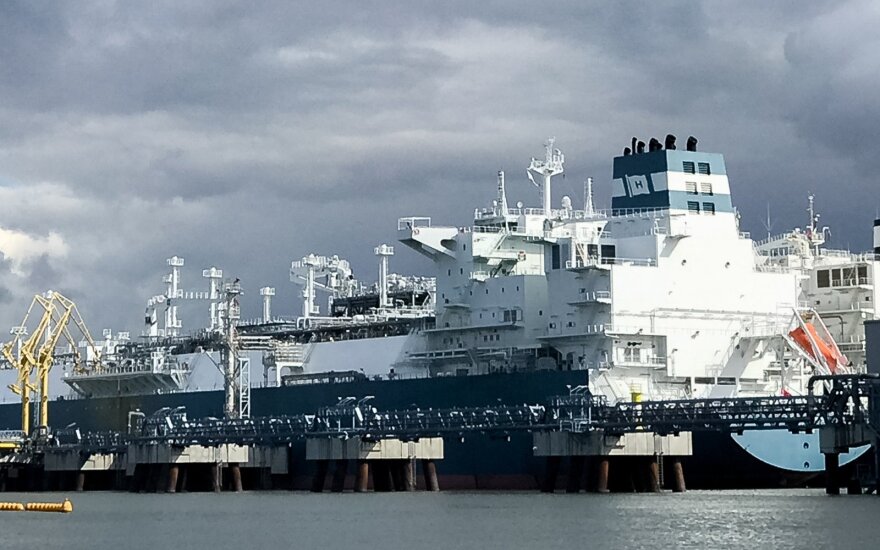 The Lithuanian government says it's ready to help Minsk secure an alternative to imports from Russia but some analysts warn that the Moscow-controlled company Gazprom has leverage to block competition in Belarus.

"I would love nothing more than to see American-sourced LNG go through Klaipeda and come to the Lithuanian market, or perhaps to Belarus as well," the US ambassador said in an interview with BNS.

Gilchrist said he discussed the issue in Washington with representatives of the US Department of State and also plans to discuss it during meetings with the Lithuanian government.

US Secretary of State Mike Pompeo and Lithuanian Minister of Foreign Affairs Linas Linkevicius offered Belarus an alternative to energy resources from Russia during their visits to Belarus earlier this month.

Asked by BNS whether specific negotiations on gas supplies to Belarus were underway, the US ambassador said the idea was rather new, adding that there's hope to achieve the result.

"I think there is certainly hope for that. The secretary just travelled there a week-and-a-half ago. So I think it's all still fairly fresh but this has already been something that I know the US is interested in and that will be a part of conversations that I have as I go around the government in coming days," Gilchrist said.

Lithuanian Energy Minister Zygimantas Vaiciunas says Belarus could buy gas via the Klaipeda terminal and then make use of the swap scheme.

"Lithuania has expressed its position numerous times that it's ready to help Belarus diversify its energy sources, which would contribute to reducing Gazprom's dominance," the minister said in a comment sent to BNS.

Even more opportunities for gas imports to Belarus will open up in early 2022 when the Lithuanian-Polish gas interconnection GIPL comes online.

"It will be one more alternative gas path for Belarus it could be used to reduce its energy dependence on Russia. All the more so that once the Baltic markets connect with the European market, there will be more possibilities to attract bigger gas suppliers, which should increase competition and should ensure better gas prices," the minister said.

Analysts say at this stage it's very difficult for Belarus to have alternative gas supplies as Gazprom not only is the main gas supplier but also controlled gas pipelines in the country.

"The major problem is that the Belarusian gas pipeline has been controlled by Gazprom since 2011 and it will not allow in others. Therefore, it's much more difficult to find a solution for the gas issue than the one for oil," Laurynas Jonavicius of the Institute of International Relations and Political Science at Vilnius University told BNS.

Looking for alternatives to supplies from Russia, Belarus last month imported a shipment crude oil from Norway via Lithuania's port of Klaipeda, and it was delivered by Lithuania's railway company Lietuvos Gelezinkeliai (Lithuanian Railways).

Lithuania's intelligence said in its report earlier this month that Russia's negotiations with Belarus on energy cooperation and deeper integrations are turning into political pressure.

"Russia seeks to increase its influence on Belarus by using its weak, non-diversified and dependent on Russian energy resources economy as the main lever," the report on threats to national security states.

The Jonava-based fertilizer producer Achema 's business prospects were not taken into account when...

On 8 March, the Minister of Foreign Affairs of Lithuania Linas Linkevičius visited Abu Dhabi, the...