...
BNS
aA
As a large part of the world suspended air traffic due to the coronavirus pandemic, the CEO of the Lithuanian operator of the country's three airports says the key thing now is to revive aviation and accessibility to stabilize activity. He also mentioned that the company is negotiating financial assistance with the Transport Ministry. 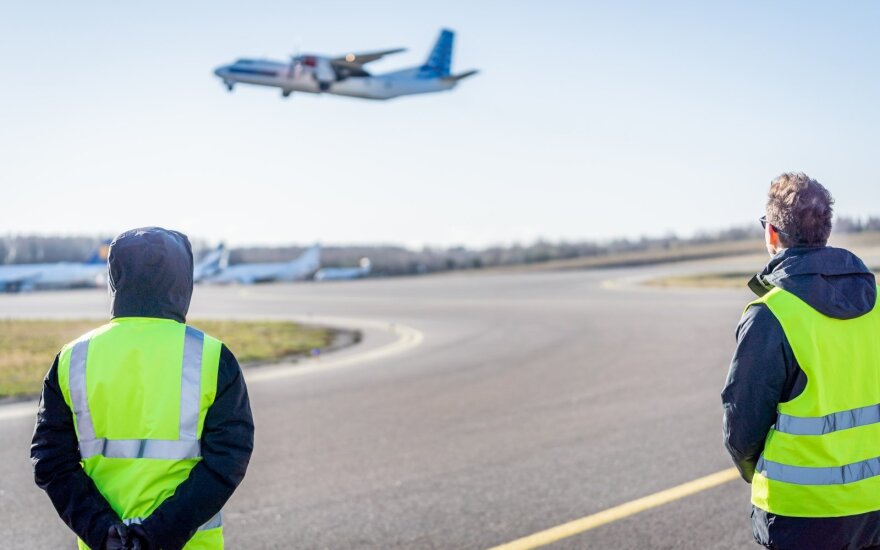 Flights to key hubs of Frankfurt, Copenhagen and Warsaw would be resumed initially, Marius Gelzinis says.

"First of all, it would be important for the country itself to revive accessibility, and we would focus on the key hubs. These would probably be Frankfurt, Copenhagen and probably Warsaw. Later on, the second step would be to resume those flights for our people working abroad to be able to travel and return to their places of their employment," he told BNS on Friday.

The airport operator estimates that flight resumption might start in the middle of May if the government decides to lift the existing restrictions on passenger flights.

Related articles
Lithuania records one of the steepest falls in air passenger traffic in its history
Some 2,000 citizens can't return to Lithuania

There are also ongoing negotiations with the Transport Ministry of assistance to stabilize the operation of Lithuania's airports, Gelzinis said, without providing any details on the amounts needed but adding that money flows should be stabilized and the aviation sector revived.

Later speaking with BNS, Transport Vice Minister Vladislav Kondratovic confirmed that an action plan is being drafted, adding that a review of not only airport's activity but that of the whole transport sector is under review.

Some 2,000 Lithuanian citizens have informed the country's diplomatic missions that they are unable to...

Kaunas Airport aims to have the most developed infrastructure for further expansion of MRO...

The Lithuanian government plans on Wednesday to relax the existing flight approval rules and lift...

After Germany's Lufthansa became the first airline to relaunch regular flights between Vilnius and...