...
BNS
aA
Five Lithuanians have been detained in three countries, suspected of having created a deposit fraud scheme and caused damage valued at 1.5 million euros. 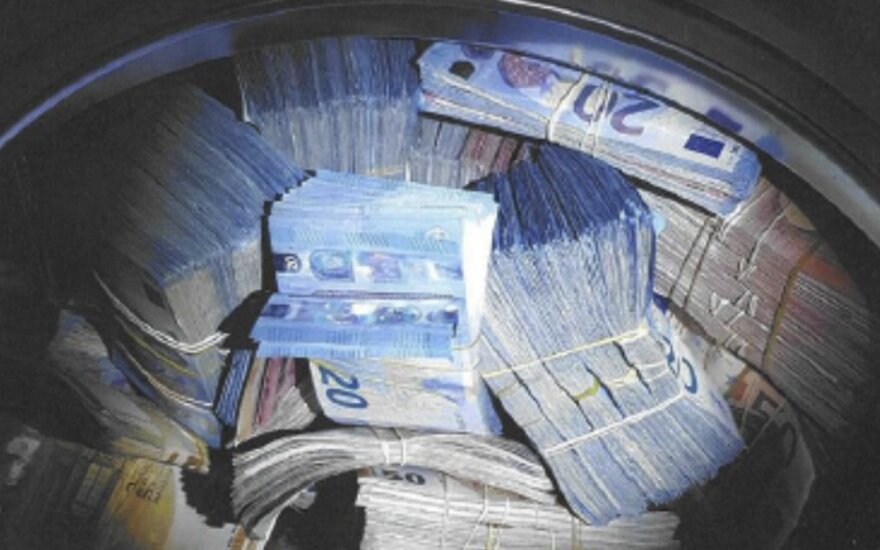 "Five persons, all Lithuanian citizens, have been detained during the operation in Lithuania, Sweden and the United Kingdom. Based on the initial data, the damage done is valued at around 1.5 million euros," Saulius Gagas, chief of Vilnius County Chief Police Commissariat, told a press conference on Thursday.

The eldest suspect was born in 1951 and the youngest as born in 1978. Two of the five suspects have prior convictions in Lithuania and Sweden but are not linked to organized crime.

According to Gagas, German citizens, members of the academic communities, fell victim to fraudsters as they were looking for ways to invest their money. The suspects themselves did not actively look for victims and did not convince them.

"We have 38 victims, and there might be more of them. (…) The people themselves looked for ways to invest and earn more money," Gagas said. "Having found information about a deposit platform, they made inquiries themselves, submitted applications, were active and made money transfers."

The victims believed that bank accounts would be opened in their name and their deposits would be safe there. But in reality the money was transferred to companies, with some of them registered in Lithuania, and then further transferred to other countries where they were cashed out.

"The implemented fraud scheme is a new and profitable scheme. It was determined that the applied fraud scheme is a mutated investment fraud scheme, i.e., a deposit fraud where the main goal is to make clients less vigilant from six months up to three years and use the time for the organizers to disappear without any trace of criminal activity," the Vilnius county police chief said.

The investigation was launched in February upon receipt of information from one of the banks in Lithuania. Transactions involving Lithuanian companies and citizens were then found. Some of the illegally earned money was cashed out in Sweden. Money transfers from Lithuania then went to Greece, Hungary, Turkey, Spain and Ireland.

"Eight countries are mentioned in this investigation, including those that were used to make transfers and also those where the criminal activity was carried out," Gagas said.

The international operation took place on March 4-14 and involved 26 searches.

The detained persons have been charged with fraud and legalization of illegally earned assets.

Businessman Stonys hopes to be cleared of VAT fraud suspicions

Lithuanian businessman Rimandas Stonys who is suspected of large-scale VAT fraud has dismissed the...

The Lithuanian State Labor Inspectorate has slapped a fine of 17,360 euros on a Vilnius building...