...
BNS
aA
18 people, including ten in Lithuania, have been detained as part of a large scale international operation against drug trade, human trafficking and money laundering, the police of Lithuania's western county of Klaipeda says. 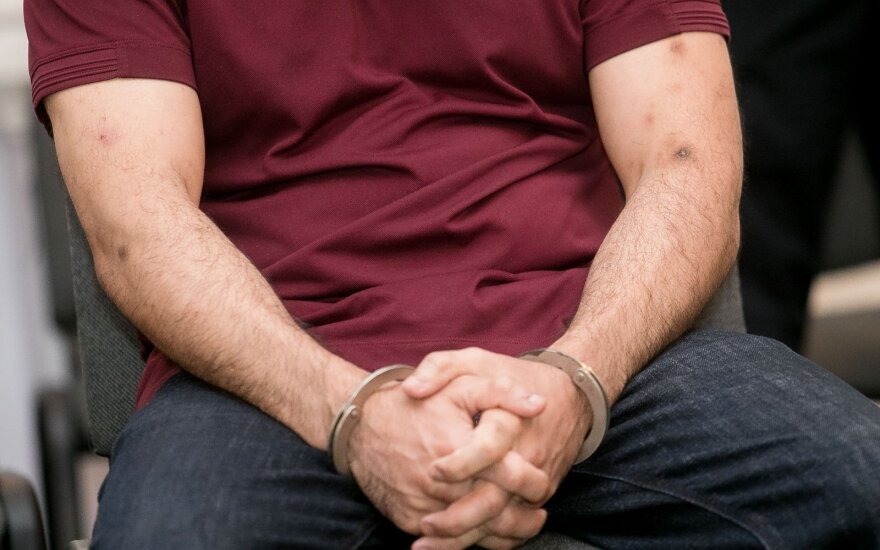 Eight Lithuanians were detained in Ireland under European arrest warrants and are currently in custody. A court is now considering measures of suppression for the remaining detainees.

According to the report, criminals used to recruit people in Lithuania and exploited them to distribute heroin in the aforementioned countries. At least 65 people who were exploited on the streets of Ireland and the UK were identified during the investigation.

"They would look for socially vulnerable people in Lithuania and promised them good jobs abroad. Under that scheme, they were taken there and forced into criminal activity, and some of them were subjected to violence," Ruslanas Usinskas, a prosecutor from Klaipeda Regional Prosecutor's Office.

Searches were carried out in 65 places in various countries during the operation, and more than 136,000 euros and more than 12,000 British pounds were seized. Also, assets worth over 700,000 euros were frozen and they included land lots, apartments and cars.

According to police, the criminal group was led by a resident of the Klaipeda region, born in 1983. He used to live in Ireland for a long time but has been lately based in Lithuania, taking care of the legalization of illegally acquired funds by buying movable and immovable assets, establishing businesses and using them.

"With no doubts, they had ties with Irish gangs and received the majority of orders from there, and the Lithuanians were in charge of the whole logistics and all other matters that had to do with the execution of the criminal activity," Motuzas said.

Ruslanas Usinskas, a prosecutor from Klaipeda Regional Prosecutor's Office, noted that the operation was coordinated by a coordination center in The Hague, established for the first time in Lithuania's history, in cooperation with Eurojust and Europol.

A shipment of 320 kilos of drugs has been seized during an international operation in Lithuania's...

Lithuania's police said on Wednesday it was involved in an international operation which led to...

Although the official statistics does not reflect the actual number of children missing in...

Fifth of schoolchildren have tried drugs

A fifth of schoolchildren in Lithuania have tried drugs, according to the results of the latest...

Lithuania intends to allocate EUR 100,000 to Hague Process over war in Ukraine

Lithuania plans to allocate 100,000 euros to the International Criminal Court (ICC) to support its...