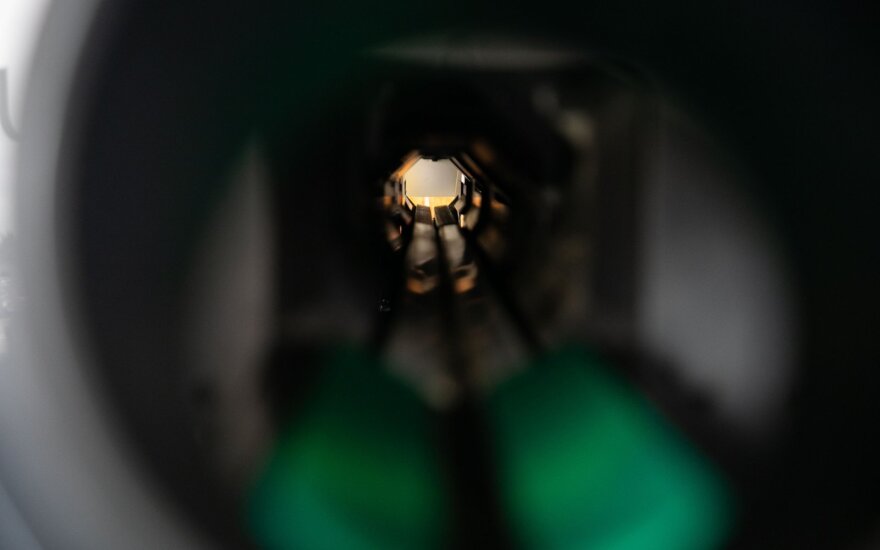 Although first reverse vending machines in Lithuanian were installed only in 2016 the history of these machines counts more than 50 years. The birth of the first vending machine reminds nowadays startups stories - there was a problem, someone found a solution.

In the '70s two Norwegian brothers (economist and engineer) had a friend who owned a shop. At the time there was already a deposit system for refillable bottles in place. One day the shop owner understood that people were bringing so many bottles to his shop. He complained to his friends that his work was to sell not to collect bottles, so maybe there could be a solution to automate this action.
This is how "Tomra" was born. After many years of development, it provides reverse vending machines to more than 60 markets.

- Are reverse vending machines modified to each country?

- No, we do not modify them to countries. We have a machine portfolio where all machines are compliant with European standards.

However, we have two types of installations. We have stand-along machines that are like big boxes that you can place anywhere in a store. You just have to make sure that the right space is provided in a store. 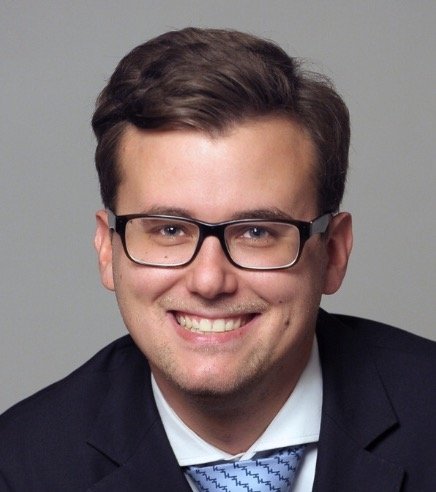 Furthermore, as in Lithuania, we have wall-mounted machines where people only see the front of the reverse vending machine on the wall.

- Do you see any difficulties that people face when the packaging deposit system is introduced in a country?

- To use reverse vending machines is very easy. Machines are owned by supermarkets. Supermarkets place instructions on machines how to use it or instructions are shown on the screen of a machine. So we do not see any difficulties in the usage of the machines: from small children to elderly everyone easily understands what to do.

The only thing that should be explained - do not throw a bottle into the machine. You have to lay it down gently but that people understand very quickly.

- How did reverse vending machines change in all these years?

- When it comes to technology, the idea is to make machines quicker and to make the bottle recognition process quicker.

Some years ago, we changed the recognition method . In the past, you would put a bottle in a machine and the bottle rotates until the machine finds a barcode. With this approach, you compromise the speed and shape of the packaging. Meaning only round-shape bottles work.

Some years ago we have changed it to 360 degrees recognition technology. Now once a bottle passes into a hole six cameras immediately recognize the container. In the ideal case, a machine takes back one bottle per second. 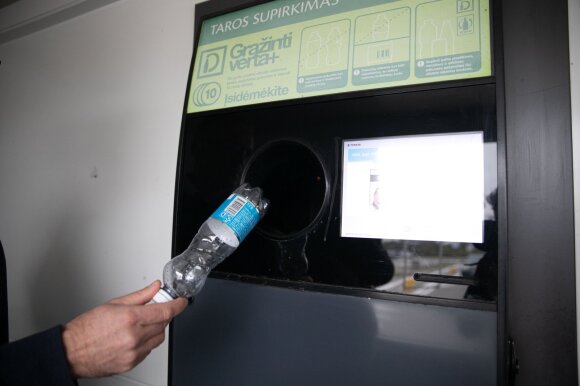 Of course, we need to understand that the key to these machines is the recognition process and data storage process.

In Germany "Tomra" has around 30,000 reverse vending machines. These reverse vending machines take one-way plastic, glass bottles, cans but they also take back refillable glass and plastic bottles. In total, we are speaking about 10,4 billion euros deposits being paid in an out in Germany annually. The machines decide if a bottle in it is valid for paying the deposit. So the key technology for us is recognition, making sure that the machines give you a voucher for a correct bottle and recording the data to clear deposits later.

- Do you know how much approximately reverse vending machines owners lose because of cheating?

- No. I even do not know if there is any data on this issue. It is closely impossible to cheat a machine. Of course, where is a way to make money people will try to cheat.

But after a certain time, you start understanding the patterns of locations. If you suddenly see a huge amount of bottles coming back with the same barcode you know that there is something foggy and in that case, we let people from a supermarket know and check the situation.

- Why sometimes reverse vending machines do not accept some bottles even if they have a right barcode? Do you plan to solve this issue?

- If the label is not perfect, if there is a scratch on a barcode or a barcode is missing, gently speaking, it is not our problem.
Let's say there is only half of a barcode and a reverse machine is not taking back a bottle it is not a vending machine's fault. This has nothing to do with optimizing our technologies.

People need to know that a barcode is the heart of the system. It allows a machine to understand that there was a deposit paid for this bottle.

- What future do you see for deposit systems and reverse vending machines? What new technologies could be installed in machines in the future?

- It is very difficult to look into the future because it depends on what trends will rule in the market. Online shopping can be a big topic. If you take London 20 percent of the city does online shopping. That means that these people are not gonna come to supermarkets where reverse vending machines are in place.

And from a technical perspective, it is always about making it faster, more appealing for a consumer.

- One more issue people talk regarding packaging deposit systems is the variety of packaging that is included in the system. Environmentally concerned people wish that more plastic, aluminum or glass packaging had a deposit. Do you think in the future we will have more packaging participating in the system?

- Of course, this is something that has to be discussed in the future. Traditionally when we speak about the deposit system we have in mind bottles. But yes, we see a lot of requests to include other materials. 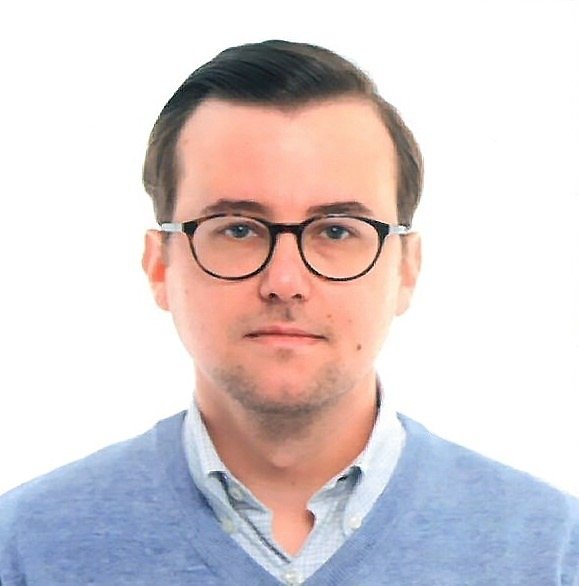 Everything depends on what you want to achieve by including a new material or packaging. Bottle containers were always a littering problem. And as you have seen in Lithuanian by introducing the deposit system you immediately removed littering on streets, in the parks and water.

- Many Lithuanians go to Poland for cheaper shopping. By doing that they bring a lot of bottles that cannot be returned to the system and might finish as litter. Do you think the international deposit system might have a future?

- If you have data, of course. I can give you an example. Norwegians go to Sweden and buy alcohol there because it is cheaper. What happens next? The Norwegian system operator has the Swedish barcode database meaning that if I come with a Swedish can the machine will take the can but it will not pay a voucher. Why? Because what you want to avoid is the Swedish cans and bottles littered in Norway. So from technical perspective it is not a problem at all. 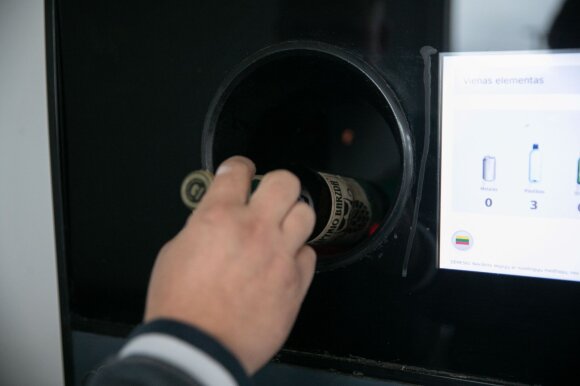 Looking at the developments in Latvia Baltic countries might end up with the international system. Estonians already have the same 10 cents deposit as Lithuanians. If Latvians would introduce the same deposit it would be a consideration to harmonize systems.

- You are familiar with the Lithuanian case of introducing the packaging deposit system. Do you have any advice on how it can be improved?

- To be perfectly honest, Lithuania is one of the biggest recent success stories then it comes to implementations of the deposit system. Just think about it. In 2015 the exchange rate of PET bottles in the country was 33 percent and within two years it went to 92 percent.

Although Lithuania has made significant progress in waste management over the last years, it is...

There are currently two main global problems regarding plastic packaging . Firstly, how to reduce the...

292,000 tonnes of glass, plastic and paper packaging were sold in Lithuania in 2014 together with food...