Time for those dearest to us: one hour a week is not enough

EN.DELFI
aA
In September, when the family rythm returns to its routine pace there is increasingly less time left for those closest to us. Some of us do not even devote one hour per week to communicating with our family members. At home we often lack time for conversations with our children or the adults in the family. Psychologists have issued a warning that we communicate too briefly and too seldom with each other, a press release from Gjensidige states. 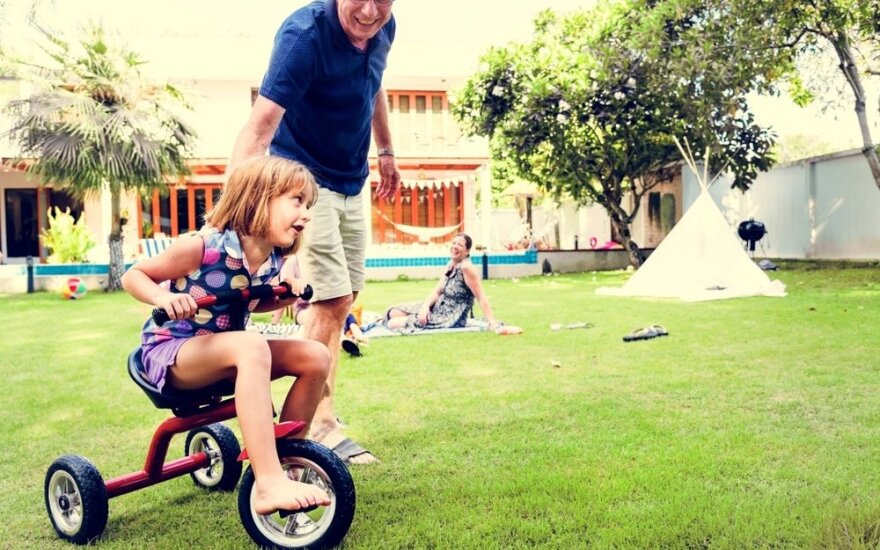 'The more we communicate, the happier we are. Nevertheless, we meet those closest to us quite rarely. We tend not to open up or be sincere with the people closest to us. We simply do not have that tradition because of a feeling of insecurity. It is being open with another person that leads to establishing genuine human relationships. We all desire to feel needed, to want somebody in our family to care for us, we want trust. Only then can we feel safe. This is particularly important in the case of children', says Gintaras Chomentauskas, doctor of psychology and head of the Human Study Centre.

Related articles
36 years after the first emoji: five facts you may not know
Habits of Lithuanian holiday-makers: increasing numbers of single travellers but parents the least common companions

The results of an opinion poll carried out by public opinion research company Spinter tyrimai and commissioned by the Gjensidige insurance company showed that about 26 per cent of respondents hardly communicate with their family members at home, saying they dedicate up to one hour per week to it. One fifth of respondents admitted that they dedicate about 2-3 hours per week to their family members. At the same time quite a significant number of respondents, about 34 per cent, find much more time for those closest to them as the time they spend ranges from half a day to two or more per week. It is true though, that about 10 per cent of respondents do not have anybody to give their time to, because they live alone.

A survey among parents raising pre-school age children (the 'Little Expert School' poll) showed that half of parents spend the largest share of their free time on household tasks, while 21 per cent indicated that they spend their free time with their children. On the other hand, an absolute majority of parents (up to 90 per cent) admit that it is specifically the parents' example, and education and guidance in the family which determines the child's achievements and personality development.

'We are seeing a positive trend, as younger people tend to devote more time to communicating with others. Subsequently, they also build a different culture in their own homes and dedicate more time to those closest to them and to their children. Children grow up seeing the example of their parents. Families in which children are cared for and have more time dedicated to them have a much safer living atmosphere. And it is the emotional security of Lithuanian people that is one of the most important problems in modern Lithuanian society', says Marius Jundulas, CEO of Gjensidige.

It is important to find time to communicate

According to Marius Jundulas, the surveys commissioned by Gjensidige have pointed out the importance of communication with regards to the security of Lithuanian people, as those closest to us are no less important than physical security.

'We all desire to feel needed, and want somebody from our family to care for us. We want trust and that's the only way we can feel safe. According to the survey data we collected, about 26 per cent of Lithuanian residents are concerned about whether they will have somebody to look after them if the need arose,' says the CEO of Gjensidige.

The CEO was delighted with the results of the survey because as many as one third of society do give sufficient time to those closest to them, spending from half a day to two days or more in a week with their family members. Such time is dedicated to joint activities, conversations, trips, or other activities which help to maintain relationships.

According to Marius Jundulas, it is very important to develop communication skills with those closest to us, find time to talk to one's family members, and have sincere and open conversations.

The more people we have close to us, the safer we feel

According to Chomentauskas, a psychotherapist analysing social trends, even in our very closest environment we scarcely maintain our close relationships as we have very few skills to communicate or allow other people into our lives.

'We can ask ourselves, "when was the last time we arranged a get-together with our neighbours? When was the last time that we gathered our friends together without any occasion just to talk?" Indeed, we are very protective of our closest territory, our private lives, very cautious about letting other people into our environment, and other people seem like strangers. We feel very insecure with strangers, so we find it difficult to open up for more sincere relationships with our neighbours, friends, family members, or people we do not know', says Gintaras Chomentauskas.

According to Gintaras Chomentauskas, one of the methods to project and assess a person's emotional wellbeing is related to the time that the person manages to dedicate for communicating with other people.

According to him, the more we manage to share our emotions and thoughts, the more responses we receive from other people that lead to new and stronger relationships in our environment.

36 years after the first emoji: five facts you may not know

This year, significantly more Lithuanian residents chose to travel on holiday both as single...

Lithuanian chef frustrated over children in restaurants: if you have nowhere to leave them, stay at home

It is probably possible to divide all the people willing to go with children to a restaurant into...

Lithuanians would spend unexpectedly received 2000 Euros for recreation and entertainment

As much as one third of the Lithuanians would spend unexpectedly received 2000 Euros for their...

Lithuanian nutrition expert: if you want to lose weight, you still can eat bread

According to the nutrition expert Vaida Kurpienė, tasty, well-balanced and high-quality bread goes...