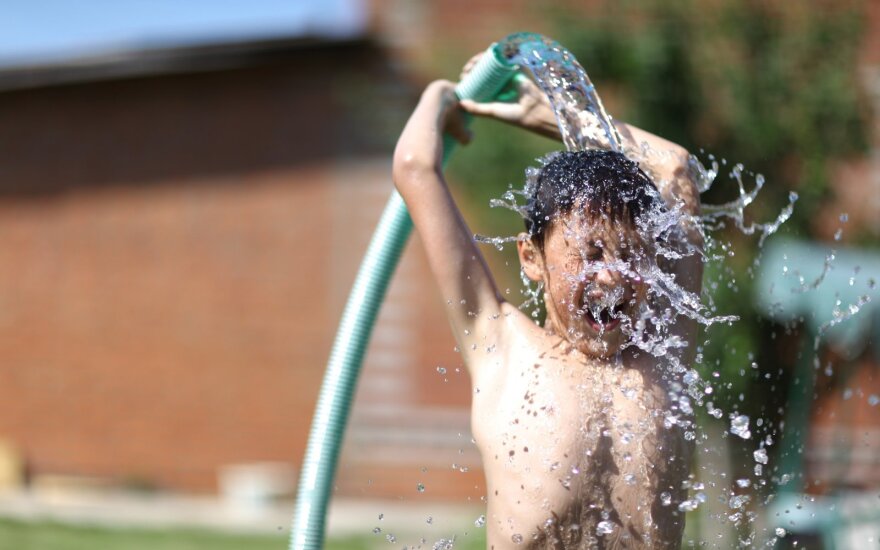 35.7 degrees centigrade were recorded in Kaisiadorys, a town in central Lithuania, on Wednesday. It was hottest June day in Lithuania's history.

"A new June heat record was set in Kaisiadorys as the mercury showed 35.7 degrees. The previous record of 35.4 degrees was set in 2016," meteorologist Paulius Starkus told BNS Lithuania on Thursday morning.

As the heat wave continues, residents in some areas in Lithuania are warned about possible thundery showers on Thursday afternoon and in the evening, with hail also possible in places.

"Heavy thundery showers and hail are possible in some areas. But there might also be areas that will not get rain at all," Starkus said.

Some schools across Lithuania have cancelled all or part of classes due to hot weather. Hydrologists warn that water levels in rivers are dangerously low, and farmers worry the drought will destroy part of their crops.

As people flock to lakes and rivers to cool, six people drowned on Wednesday, the public radio LRT said.

The heat wave is set to continue at least until the end of this week.

New heat records were registered in parts of Lithuania on Monday and more hot weather is in store...

Lithuania has plenty of fresh water and supply problems in some areas have been caused by low capacity...

Members of the Lithuanian government will on Wednesday discuss whether the country should back an...