(1)
DELFI EN
aA
The Kaunas Christmas tree and Cosmic village will be truly special this year in another aspect – environmental consciousness. 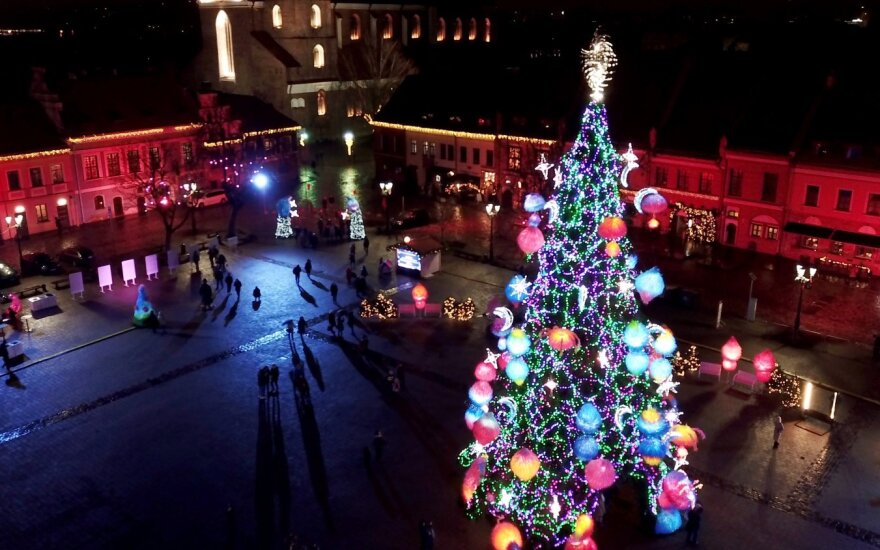 On the last day of November the Old town square in Kaunas, Lithuania, underwent a magic transformation, turning into a mysterious planet, complete with cosmic creatures and installations of a fantasy world, visit.kaunas.lt writes.

Never resting on its laurels, the City Council was organizing this year’s Christmas celebrations around the theme of “Cosmic Christmas in Kaunas”. Accordingly, the Christmas village received a new, futuristic outlook, to the delight of sci-fi and fantasy aficionados, young and old.

As for the Christmas tree, organizers were inviting residents to ditch the stance of passive onlookers and create the Christmas spirit by bringing their own decoration and hanging it inside the tree.

All 3 million plastic straws, used in last years’ Christmas tree, have been recycled and used as multi-coloured decorations of the Cosmic village. The village merchants were joining in the ecological effort – they will provide hot beverages in paper cups, rather than plastic ones.

Exactly at 6 pm on November 30, Santa made a spectacular arrival at the Old town square just in time for the lighting up of the Christmas tree. The eye-catching scene preceded a concert of the stars (no, not some celestial objects but famous names of Lithuanian music like Justinas Jarutis, Vaidas Baumila and Monique and globetrotting sensations “Antikvariniai Kašpirovskio dantys”, among others).

Kaunas Christmas village will be open from November 30 and will last until the Three Kings celebration on January 6. The programme is filled with a variety of sporting, educational and cultural events, including adventures, classes, workshops, books, theatre and music.

Although Christmas celebrations will take its place at the end of December the biggest Lithuanian...

Here are some of the most excellent events for you to enjoy.

The Lithuanian February 16 High School in Germany will be led by Rasa Weiss , board chairman of...

Christmas fairs in Kaunas: from sustainable living to traditional crafts

There’s more than one festive fair or bazaar going on every weekend in December, and we’ve...

7 Lithuanian dishes for your Christmas table this year

Wondering how to spice up your Christmas table this year? We’re guessing you’re looking for...