EN.DELFI
aA
This year, significantly more Lithuanian residents chose to travel on holiday both as single travellers or setting off with their family members. A survey conducted showed that more than half of Lithuanian residents spend their holidays with their spouses, one third holiday with their children, while parents are seldom selected as holiday companions. 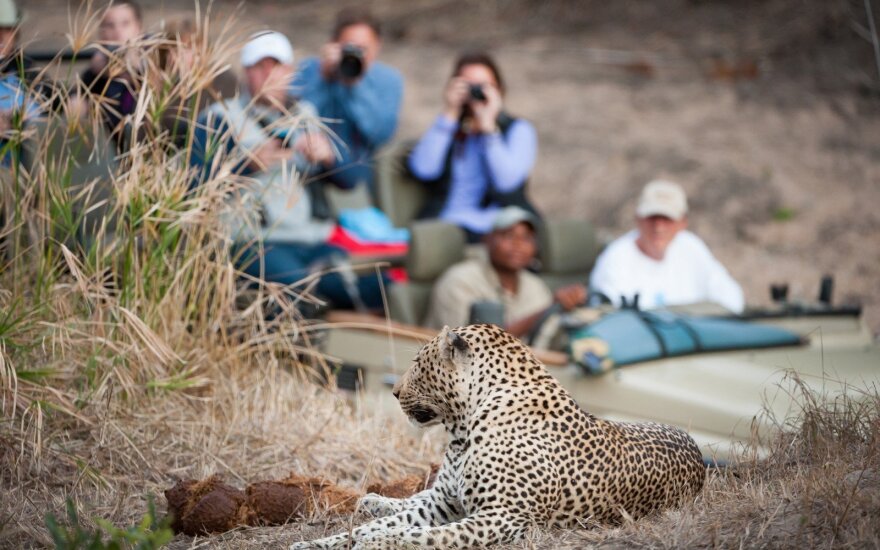 The survey data indicated that Lithuanians are a society united by strong family bonds, while the conduct of Lithuanian residents spending their holidays abroad is becoming increasingly similar to that of Western European travellers.

A survey of working age residents commissioned by the Gjensidige insurance company and conducted by the opinion research company Spinter tyrimai revealed the peculiarities of Lithuanian holiday-making.

Save but spend holidays with the entire family

According to the findings of the survey, for most Lithuanian residents, a holiday means spending time with family: as many as 51% of Lithuanian residents spend their holidays with their spouses and 31% with their children. The survey showed that 20% spend their leisure time with friends, and 17% prefer holidaying alone. Parents, though, were chosen as company in as few as 8% of cases.

"Every year more and more people spend their holidays with their families. The choice to also spend holiday time with a spouse, children, or other family members indicates close relations between family members and shared interests. According to the findings of the survey, higher earners spend their holidays with their families more often. In fact, organising a holiday for the entire family is not so simple or inexpensive. It is much less expensive to spend a holiday alone or with friends, but Lithuanian families prefer to save and spend their holidays together", says Andrius Dambrauskas, Head of the Insurance Products, Pricing and Underwriting Baltics at Gjensidige.

According to Andrius Dambrauskas, in recent years the number of people spending their holidays alone has increased. The most frequent single holiday-makers were the oldest age group of survey participants, those 56 and older. According to the survey data, holidays with spouses and children are most often preferred by middle-aged residents of smaller Lithuanian towns, while friends' company is generally preferred by 18-25 year olds from larger cities.

Psychotherapist Eglė Vasiliauskienė recommends that everybody should remember to holiday, irrespective of age. According to Vasiliauskienė, a holiday should last no less than two weeks. "Only then can you genuinely distance yourself from what has made you tired. Two weeks is a sufficient period of time to stay in different conditions. This makes it possible to restore lost balance", says the psychotherapist. "An exhausted person is of no use to anybody, and especially not to themselves. It is a sad and strenuous condition, which in my opinion is reached unconsciously. An overtired and emotionally exhausted person does not have any strength to act actively, look for solutions, or even build good-quality relationships with others and themselves".

According to Vasiliauskienė, the body always signals the necessity to take a holiday. "We might indicate different conditions in which someone might want a rest. Most frequent are fatigue, sleep deprivation, or lack of energy. If such a condition is protracted, one starts experiencing psychosomatic symptoms: pains in the body that actually signal continued tension and fatigue", says the specialist. According to Vasiliauskienė, the best thing to do as soon as such symptoms are noticed is to take a rest immediately.

Extreme activities must be planned in advance

Andrius Dambrauskas noted that the awareness of Lithuanian travellers is notably increasing, because, depending on the nature of their travel arrangements, they have been choosing broader insurance cover. "We have also noted that this year Lithuanian travellers have planned their summer holidays in advance, as they were booking their trips abroad as early as April, and acquiring travel insurance then too", said Dambrauskas.

Dambrauskas also mentioned an increased number of people intending to engage in higher-risk activities during their holidays. "This is exactly the time for those that prefer active leisure time. Power kites, sailing, diving, paragliding, and river rafting are attracting increasing numbers of those interested in extreme sports. Such extreme activities are most preferred by young travellers, and thus, persons of 18-31 years of age are most prone to suffer injuries", says Andrius Dambrauskas.

Dambrauskas also noted a fairly frequent situation where travellers abroad do not plan any special activities, but later book some extreme entertainment, such as mountain river rafting, bungee jumping, or extreme Jeep or motorcycle rides. "Since such spontaneous decisions to engage in high risk entertainment or sports is fairly frequent, we highly recommend that everybody not only plan their holidays, but also think in advance about what insurance cover may be needed when travelling", says the insurance expert.

With increasingly more Lithuanian residents travelling, we are receiving more and more reports of different accidents. "Each month we help on average 250 holiday-makers abroad. Luckily up till now all the summer adventures have ended happily", says the insurer.

Lithuanian tourists spent 185.6 million euros abroad in the first quarter of this year, up 10.7...

The Lithuanian capital saw the number of visitors rise by 8 percent in the first half of 2018 from a...

Coinciding with the European Heritage Days celebrations, UNESCO will launch the first-ever web...

If you have to borrow money, do it wisely: what do you need to know?

Everyone wants to have enough money to cover all our needs, but sometimes there‘s nothing else to do...

Time for those dearest to us: one hour a week is not enough

In September, when the family rythm returns to its routine pace there is increasingly less time left...

With three more months still to go until the most beautiful holiday of the year, you should really...