Eurovision semi-final: Lithuania did not succeed to steal Europeans hearts

DELFI EN
aA
Thursday, 16th May, Europe sank into sounds of music again. In Israel, 18 nations competed to get into the final. Unfortunately, for the Lithuanian representative, the evening was not lucky. Jurij Veklenko did not pass to the final. 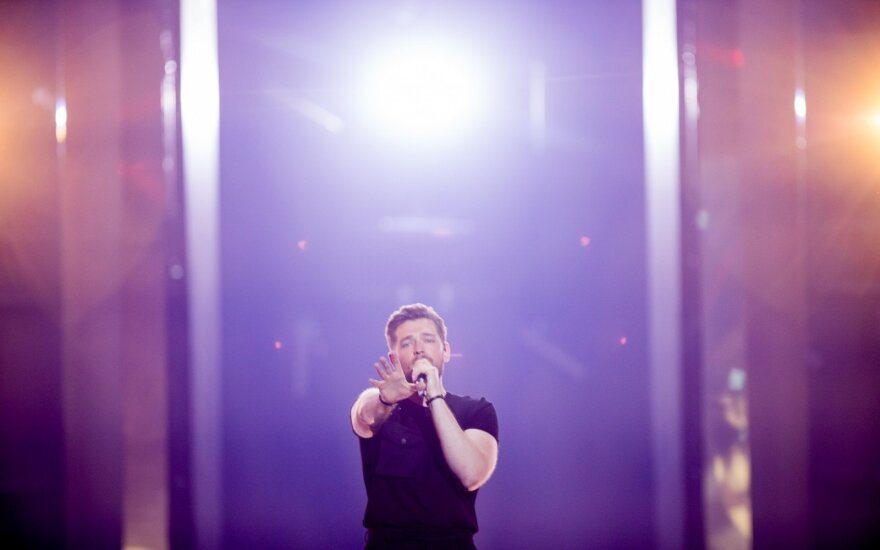 After Tuesday’s first semi-final when 10 finalists were selected Europeans listened and watched new 18 songs. Lithuanian - among them. J. Veklenko performed a song “Run with the lions”.

The second Semi-Final of the 64th Eurovision Song Contest was brought to you by the European Broadcasting Union and Israeli public broadcasting corporation KAN. The show was hosted by Bar Refaeli, Erez Tal, Assi Azar, and Lucy Ayoub.

Second semi-final acts (bolded acts got into the final):

1. Armenia - Srbuk with Walking Out

4. Switzerland - Luca Hänni with She Got Me

5. Latvia - Carousel with That Night

6. Romania - Ester Peony with On A Sunday

7. Denmark - Leonora with Love Is Forever

8. Sweden - John Lundvik with Too Late For Love

12. Lithuania - Jurij Veklenko with Run With The Lions

15. Norway - KEiiNO with Spirit In The Sky

16. The Netherlands - Duncan Laurence with Arcade

The interval act was featured by one of Israel's most popular music acts, Shalva Band. They were performing A Million Dreams.

The Shalva Band wass comprised of eight talented musicians with disabilities. They have been invited to perform at many cultural venues and dignitary events throughout the year, inspiring crowds with their musical repertoire and charm. Shalva is the Israeli Association for the Care and Inclusion of Persons with Disabilities and the band is one of Shalva’s most celebrated inclusion programs.

Shining a light on 3 pre-qualified finalists

The 3 pre-qualified finalists for Saturday's Grand Final that also vote in the second Semi-Final — Germany, Italy and the United Kingdom — they also made a special appearance in the show.
While the voting lines were open, participants S!sters, Mahmood and Michael Rice were interviewed and clips of their dress rehearsal performances are shown so viewers could get to know the artists and their songs.

Juries cast their vote before

On Wednesday, during the Jury Show, the international juries from the 18 participating countries along with Germany, Italy and the United Kingdom (3 of the 6 pre-qualified finalists) cast their vote. This vote counted for 50% of semi-final's result.

The European Broadcasting Union (EBU) has warned that linking the mandates of public broadcasters'...

Concerned about its independence, Lithuanian public broadcaster turns to EBU

The director general of the Lithuanian Radio and Television (LRT) has turned to the head of the...

Lithuania gets into Eurovision final (1)

Lithuania's representatives Ieva Zasimauskaitė on Tuesday got into the Eurovision Song Contest 's...

Eurovision resonances: Lithuania had to be in final?  (1)

While sounds of Eurovision songs already vanished from Tel Aviv news are still coming about the song...

On Thursday at the shopping mall, “Panorama” people were gathering to see the latest trends of...