Remains of 1863 insurgents will be reburied on November 22

BNS
aA
The remains of participants of the 1863-1864 uprising against Tsarist Russia will be reburied in an official ceremony in Vilnius on November 22, the government confirmed on Thursday. 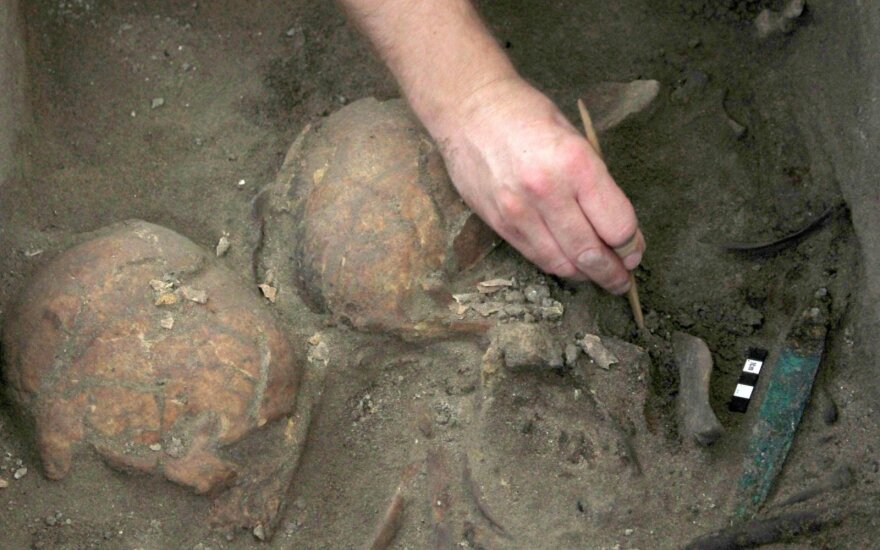 The insurgents' remains, which were found on the capital's Gediminas Hill, will be buried in Rasos Cemetery following a memorial service at Vilnius Cathedral.

According to Deividas Matulionis, vice-chancellor of the Lithuanian government, the Cabinet will discuss the details of the ceremony on October 8.

"The ceremony would start in the Cathedral Square, in the cathedral. We will decide how to organize a solemn transportation of the remains to Rasos Cemetery," the official told BNS.

"The remains will be placed in symbolic, smaller coffins and will be transported in a respectful manner," he added.

Lithuania is inviting Poland, Belarus, Ukraine and Latvia to attend the burial ceremony.

Twenty-one insurgents were executed in the Lithuanian capital's Lukiskes Square between 1863 and 1864 and were secretly buried on the hill, which was closed to the public at that time.

Archeologists have unearthed the remains of 20 of the 21 executed insurgents, including those of their leaders, Zigmantas Sierakauskas (Zygmunt Sierakowski) and Konstantinas Kalinauskas (Konstanty Kalinowski).

Their names will be written in Lithuanian, Polish and Belarusian.

The European Court of Human Rights is set on Tuesday to announce if it will refer a landmark ruling...

The Regional Court of Lithuania's western city of Klaipeda on Thursday heard an appeal by Viaceslav...